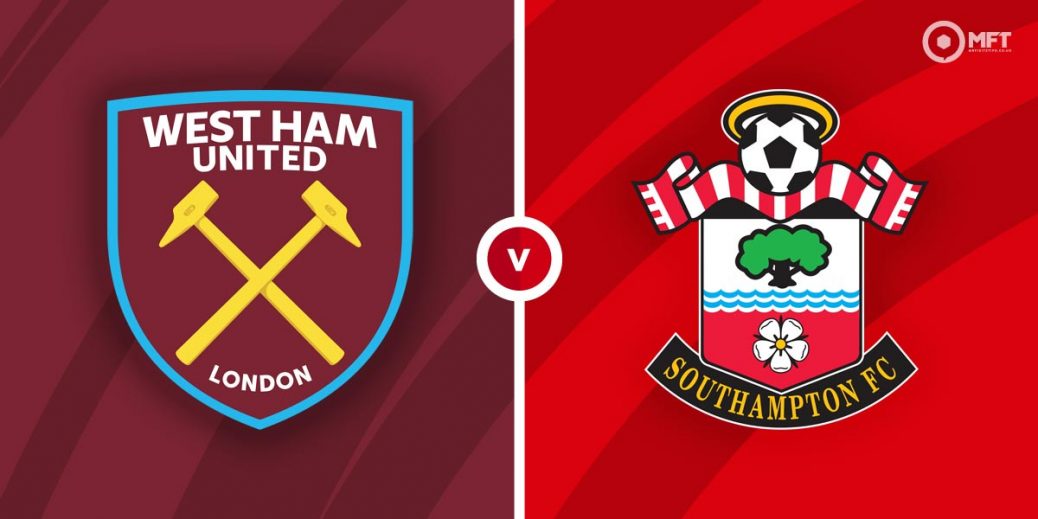 WEST HAM will be bidding to wrap up sixth place in the Premier League when they lock horns with Southampton at the London Stadium on Sunday.

David Moyes' men have been among the Premier League‘s surprise packages this term and a final day triumph would secure a top-six finish and cap off a terrific season.

In fact, a point would be enough to stamp the Hammers Europa League passports following Wednesday's 3-1 win over West Brom, on a night where my recommended Bet Builder banked.

Standing in West Ham's way this weekend is a Southampton side who have blown hot and cold this season.

The Saints made a strong start to the campaign but they have been unable to maintain their early-season form and are now languishing in the lower echelons of the Premier League table.

Ralph Hasenhuttl's side head into their final fixture of the season off the back of a limp 2-0 loss at home to Leeds, another game which brought up one of my tips.

West Ham have won only one of their last four home matches but the Hammers are heavily fancied on Sunday at odds-on 4/6 with William Hill.

Southampton have lost nine of their last 10 away matches and the bookies odds suggest that trend is set to continue with the visitors 4/1 outsiders with Unibet and the stalemate pays 16/5 with the same firm.

Both teams have obliged in a league-high 22 of West Ham's 37 Premier League matches this season but a repeat here looks a little too short to put up at a general 8/13.

I'll therefore head to the Bet Builder market to get a bigger price and combine both teams to score and over two Southampton corners, an eye-catching 20/21 play with Bet 365.

Indeed, the Hammers have had a season to remember, but they have kept only one clean sheet across their last 12 top-flight tussles, with five of the last six visiting sides to this venue getting on the scoresheet.

Southampton, on the other hand, have shipped two or more goals in eight of their last 11 league games and they have shutout their opponents in just one of their last 20 Premier League assignments.

With that in mind, coupled with the fact there is little pressure on the Saints going into their final fixture of the season, I'm more than happy to back both teams to score at the London Stadium on Sunday

In order to boost up the price, I'll throw over two Southampton corners into the formula – the Saints are averaging 4.5 corners on their travels this term and they have hit three or more flag kicks in recent trips to the likes of Liverpool, Man City and Tottenham.

I'll also dip into the anytime goalscorer market and take the 2/1 on offer with UniBet for Southampton striker Danny Ings to make the net bulge on Sunday.

Ings will have one final chance to impress Gareth Southgate this weekend before the England squad for the Euro's is announced and Saints talisman is a tempting price to breach the Londoners leaky backline.

This English Premier League match between West Ham and Southampton will be played on May 23, 2021 and kick off at 16:00. Check below for our tipsters best West Ham vs Southampton prediction. You may also visit our dedicated betting previews section for the most up to date previews.