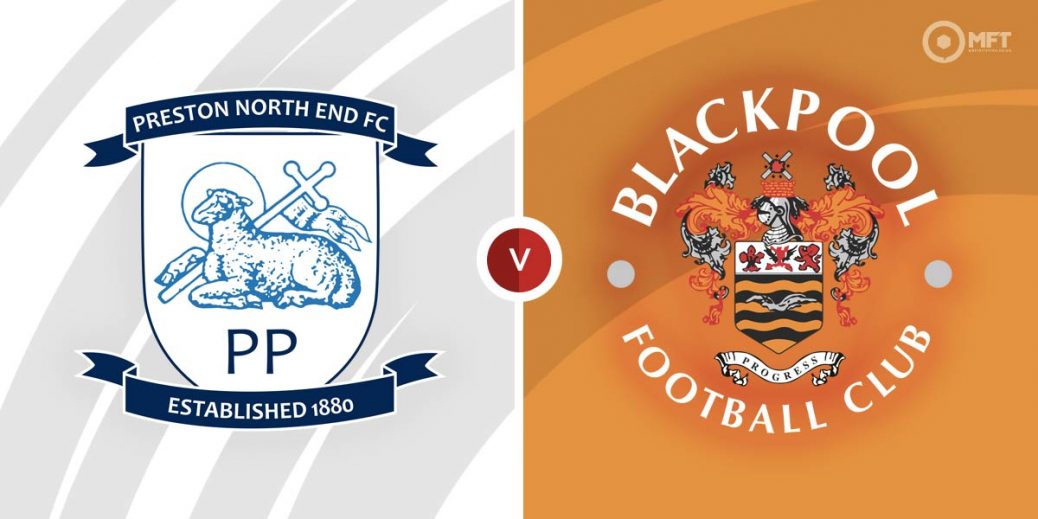 Preston North End and Blackpool are both looking to bounce back from defeats as they meet in a midweek English Championship fixture. Separated by just one point, both clubs are evenly matched at the moment and look set to cancel each other out.

Sitting in the bottom half of the table, Preston North End hold a healthy lead above the bottom three and are not in relegation trouble at the moment.

Preston North End have not been at their best lately and have claimed just one win from their last seven Championship matches and were beaten 1-0 by troubled Derby County in their previous fixture.

One positive for manager Rob Lowe is that things are slightly better at home where Preston North End have lost just once in their last seven matches. However, they have played out five draws in that run but did claim a 2-1 victory over Bournemouth in their previous home fixture.

Blackpool are in a similar situation to Preston North End and sit one point above their arch rivals. A run of three straight wins was recently ended and Neil Critchley’s men are now winless in their last two Championship matches.

The Seasiders travel to Deepdale off the back of a disappointing 4-1 home defeat to Nottingham Forest in their previous Championship fixture. They were completely outclassed by the visitors and fell four goals down before Callum Connolly struck a consolation one minute from time.

Blackpool are often unconvincing on their travels, although they recently claimed a 1-0 victory at Stoke City, ending a run of eight away matches without a win. They have drawn three of their last five matches on the road, with a 1-1 scoreline at Fulham among the results in that run.

Preston North End have the upper hand among the bookies at 11/10 with Unibet while a victory for Blackpool is valued at 3/1 by Betfred. SBK is offering odds of 23/10 for a draw.

Preston North End and Blackpool have two wins each and three draws from their last seven matches. The Seasiders claimed a 2-0 victory in the reverse fixture back in October.

Emil Riis is the leading scorer for Preston North End with 13 Championship goals this season and will be the one to watch on Tuesday. The striker was also on target in the win over Bournemouth and is priced at 33/20 by Unibet to score anytime.

Blackpool will be banking on Gary Madine to rediscover his scoring touch after failing to score in his last two matches. The striker is the top scorer for the Seasiders with eight goals and is priced at 3/1 by Unibet to find the net on Tuesday.

Blackpool’s 4-1 defeat to Nottingham Forest highlights a defensive vulnerability and with Preston North End also unconvincing at the back, both teams could be backed to score at 9/10 with SBK. Over 2.5 goals could also be considered at 6/5 with bet365.
Both teams have had some late showings in recent weeks making the second half a good be as the highest scoring half at 6/5 with Paddy Power.

This English Championship match between Preston North End and Blackpool will be played on Apr 5, 2022 and kick off at 19:45. Check below for our tipsters best Preston North End vs Blackpool prediction. You may also visit our dedicated betting previews section for the most up to date previews.