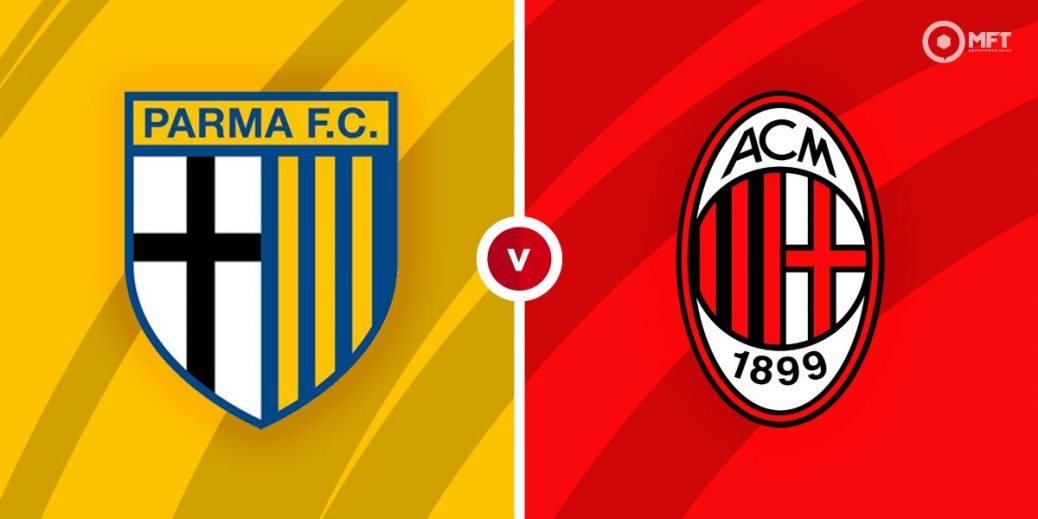 AC Milan can overcome their recent slump when they travel to the Stadio Ennio Tardini for an Italian Serie A fixture against Parma. The Rossoneri have fared better on their travels and should have the edge over the relegation threatened hosts.

Milan were held to a 1-1 draw at home by Sampdoria in their previous Serie A fixture. They fell behind right before the hour mark and needed an equaliser from Jens Petter Hauge three minutes from time to salvage a draw.

Stefano Pioli’s men have looked off colour lately, claiming just one win in their last five Serie A matches. That poor run has seen them relinquish the advantage in the title race as they now sit eight points behind leaders Inter Milan.

Despite their recent struggles, AC Milan have maintained a solid record on their travels and are unbeaten in their last five away matches. They have claimed three wins in that run but often struggle to keep things tight at the back, conceding twice in a 3-2 victory over Fiorentina last time out on the road.

Parma are also coming off a draw as they were held 2-2 at Benevento last time out in Serie A. They twice fought back from behind with Jasmin Kurtic getting the first goal before Dennis Man struck another equaliser two minutes from time.

Roberto D’Aversa’s men are currently battling relegation and sit 19th on the table, four points from safety. They have struggled to get any kind of traction on their unravelling campaign and head into Saturday’s match with just one win in their last 20 Serie A matches.

Parma have also claimed just one win in their last 13 home matches. Among their results in that run is a 2-1 defeat against Inter Milan while they were also beaten 2-1 by Genoa in their last fixture at the Stadio Ennio Tardini.

The bookies have installed AC Milan as overwhelming favourites with SBK offering 3/4 for an away win. A victory for Parma is priced at 17/4 by Unibet, who also value a draw at odds of 14/5.

Given AC Milan’s recent showing on the road, I am backing them to claim the victory on Saturday.

AC Milan often come out on top in this fixture with 25 wins from 48 previous matches. Parma have claimed 10 victories while there have been 13 draws between both teams.

The Rossoneri have won two of the last three meetings and earned a 2-2 draw in the reverse fixture back in December.

Striker Zlatan Ibrahimovic has scored 15 goals for AC Milan this season and is priced at 8/11 by Vbet to score anytime. Franck Kessie also carries an attacking threat from midfield and is priced at 9/4 by bet365 to add to his nine goals this season.

Striker Graziano Pelle has impressed since joining Parma in February and is priced at 7/4 by bet365 to score anytime. Gervinho is also a threat with his pace and movement in attack and is valued at 11/5 by Vbet in the same market.

AC Milan could be backed to earn a halftime win at 13/10 with BetVictor while a win and over 2.5 goals is also worth a punt at 32/19 with the same firm.

This Serie A match between Parma and AC Milan will be played on Apr 10, 2021 and kick off at 17:00. Check below for our tipsters best Parma vs AC Milan prediction. You may also visit our dedicated betting previews section for the most up to date previews.