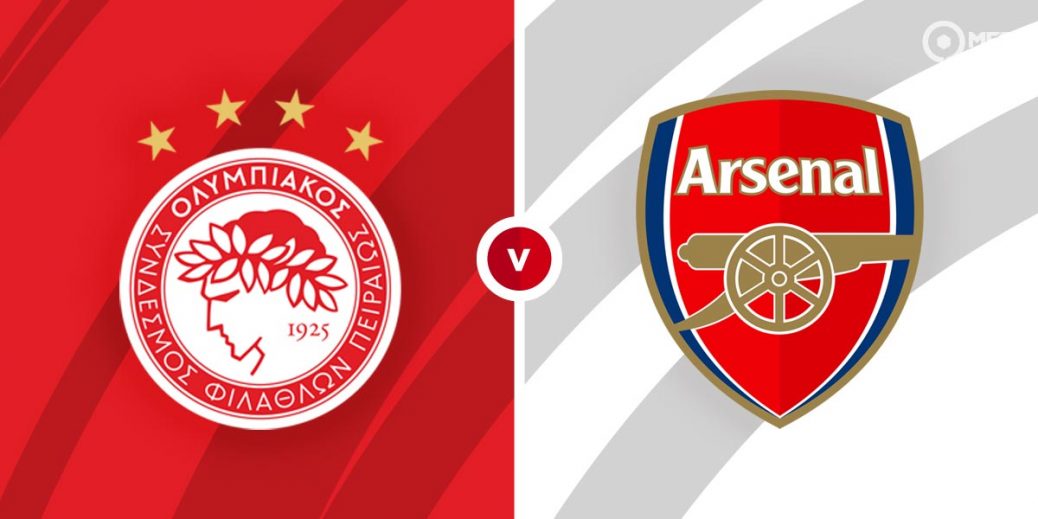 ARSENAL return to Greece gunning for revenge against an Olympiacos side who knocked them out of the same Europa League competition last year.
The Gunners somehow managed to get bundled out of the Last 32 last term despite winning 1-0 in Piraeus in the first leg, they were defeated 2-1 in extra time in North London and went out to a last gasp strike to lose on away goals.
But they are expected to progress in this two-legged encounter and return to the Karaiskakis Stadium, where they defeated Benfica in their ‘home' leg of the Round of 16.
Olympiacos may be a mile clear – 16 points – in the Greek Superleague, but their European campaign has not been the best to put it mildly. Despite losing their last five games in their Champions League section, they managed to sneak into the Europa League and edged out PSV Eindhoven in the last round.
There's no question the Emirates Stadium side will take it seriously and will be desperate to prove a point.

Arsenal are 10/11 across the board although you can steal evens with novibet, which looks a little short. The hosts are 63/20 with Tonybet and the draw ss 13/5 with Betfred.

The Greeks eliminated the Gunners last season after Arsenal won 1-0 in Greece, but lost 2-1 after extra time in London. Oddly, in 2015 both sides won away from home too in their Champions League group.

Olympiacos' big danger man is Moroccan striker Youssef El Arabi. He's scored five in his last seven matches and has netted 21 goals in 33 appearances. The 2/1 for an anytime goal appeals with Betfred.

Pierre-Emerick Aubameyang has perhaps been not quite at his very best form this season, yet still has 14 goals in 28 appearances for Arsenal. He's favourite for anytime goalscorer at 13/10 with Paddy Power.

Pedro Martins' side have failed to keep a clean sheet in Europe for their last seven matches and Arsenal have failed to keep a clean sheet in their last eight games so there should be goals and both sides should get plenty of opportunities. The 10/11 for over 2.5 goals with bet365 looks to have a great chance or even 6/5 with the same firm for both teams to score and over 2.5 goals.
Kieran Tierney is developing into a key player for the Gunners and will be well up for this. He's very committed and won't hesitate to get stuck in. The 5/1 for him to be booked may interest some with Unibet.
Olympiacos had seven team bookings in their last round against PSV Eindhoven, Arsenal had none over two legs against Benfica and there could be value in their card count when they are priced up.

This UEFA Europa League match between Olympiacos and Arsenal will be played on Mar 11, 2021 and kick off at 20:00. Check below for our tipsters best Olympiacos vs Arsenal prediction. You may also visit our dedicated betting previews section for the most up to date previews.