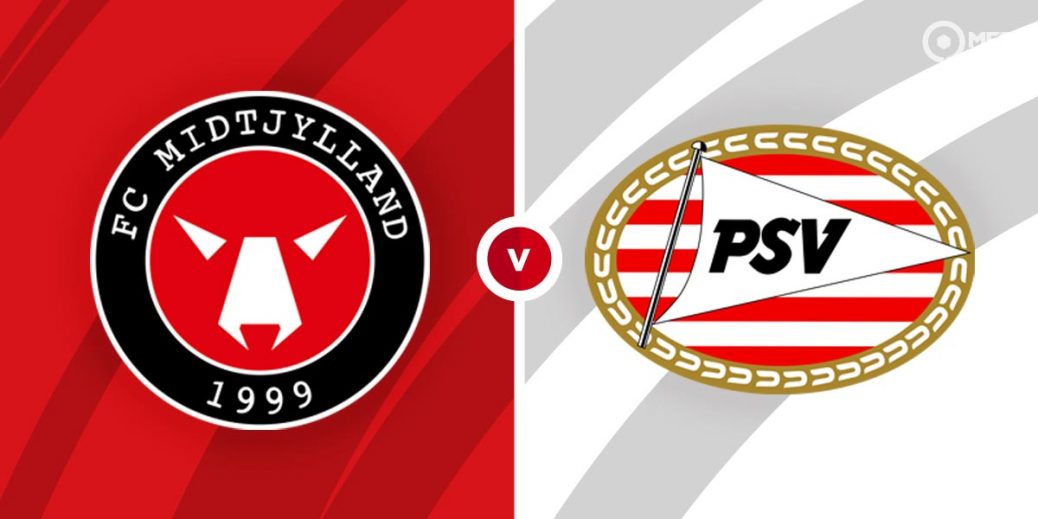 PSV are looking to do the double over Midtjylland as they travel to the MCH Arena for the second leg of their UEFA Champions League third round qualifier. The Dutch giants are in good form and should comfortably get past Midtjylland.

Midtjylland were disappointing in the first leg in Netherlands where they failed to register a single attempt on target in the 3-0 defeat. They bounced back in fine style on Saturday with a 4-0 victory over Vejle in the Danish Superliga.

Bo Henriksen’s men are the dominant force in the Danish Superliga but have failed to replicate their form on the continent. They needed extra-time before seeing off Celtic 2-1 in the previous round which was their only victory in their last nine Champions League matches.

Midtjylland have also been unconvincing at home with just one win in their last four Champions League fixtures at the MCH Arena.

PSV Eindhoven were in fine form in the first fixture as they ran out 3-0 winners at home. A fast start saw them race to a three-goal lead in the first half with Noni Madueke, Mario Gotze and Cody Gakpo all on target.

The Dutch outfit have impressed since joining the Champions League in the second round, winning all their matches, including a 5-1 victory over Galatasaray. They did the double over the Turks in the previous round and will be confident of a similar outcome against Midtjylland.

PSV Eindhoven will travel to the MCH Arena on a high after claiming a 4-0 victory over Eredivisie champions Ajax in the Dutch Super Cup on Saturday. That result means Roger Schmidt’s men have won their last five matches, scoring 15 goals in that run.

PSV are favourites among the bookies with bet365 offering 19/20 for a win. Midtjylland are outsiders at 23/9 with Vbet while a draw is set at odds of 11/4 with BetVictor.

Given PSV's 100% record in the competition, I am backing the Dutch side to claim the win here.

Last week’s clash was the first ever meeting between PSV Eindhoven and Midtjylland.

Midtjylland have scored at least one goal in their last 11 home matches across all competitions. With Evander, Anders Dreyer and Gustav Isaksen featuring in attack, that run is likely to continue at odds 1/4 with Paddy Power.

PSV Eindhoven have shown their attacking quality throughout the qualifiers with Noni Madueke, Mario Gotze and Eran Zahavi all impressing. They have scored two or more goals in their last three matches in the competition and are likely to continue that run at 4/5 with Paddy Power.

PSV could be backed to score in both halves at 7/4 with bet365. Given their scoring record in the competition, a -1 handicap could also be considered at 12/5 with bet365.

This UEFA Champions League match between Midtjylland and PSV Eindhoven will be played on Aug 10, 2021 and kick off at 19:00. Check below for our tipsters best Midtjylland vs PSV Eindhoven prediction. You may also visit our dedicated betting previews section for the most up to date previews.