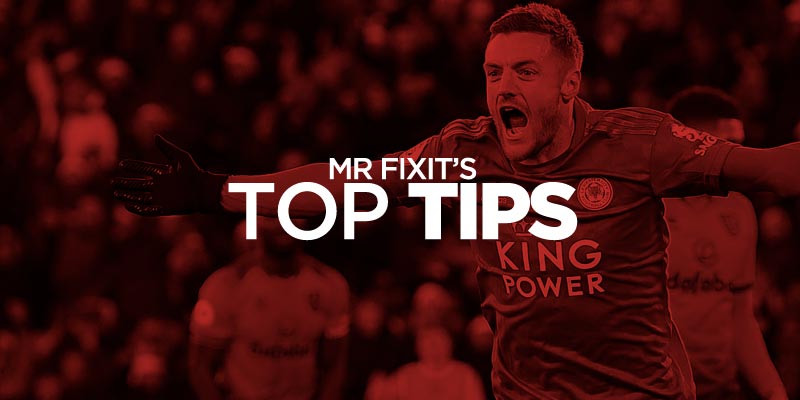 Donations to the two causes set-up in memory of MrFixit have almost reached £3,000 and it would great to breakthrough that milestone before his funeral on Monday.

Please read about The Bubble Foundation and St Margaret of Scotland Hospice and find how to donate here. Thanks to all who have donated so far.

Paul's funeral will take place on the morning of Monday 21st December. Numbers are obviously limited however there will be a planned stop at the home of Clydebank Football Club, Holm Park, between 10:45am – 11:15am for anyone who is local that wishes to pay their respects to Paul.

Chelsea missed an opportunity to go top of the table on Tuesday after suffering a 2-1 defeat at Wolves, while Man City also failed to capitalise, only managing a 1-1 at home with West Brom.

In Scotland Alloa succumbe to a late Hibs winner while St Johnstone needed a penatly shoot-out to secure their place in the Betfred Cup semi-final at Dunfermline's expense.

Sunderland announced they'd be without up to eight players shortly before kick-off – too late for some who had them on their coupons only to see them draw 1-1. Southend even got a win at home to Grimsby. Who'd be a punter?

Well done to everyone that put up a winner yesterday; Andy and Macca were among those that managed it and it was great to see a few new names introducing themselves on the thread too, a warm welcome to you all!

Match of week is at Anfield where the top two in the Premier League go head to head. Spurs title credentials face their toughest test at the home of the champions and it's another match where a full house would put a completely different complex on the match.

Bookies make the Reds 4/5 favourites while Jose Mourinho's charges are around the 10/3 mark.

Leicester City could be the biggest beneficiaries of the evening if the points are shared on Merseyside. The Foxes host Everton and a win could see them leapfrog Spurs and Liverpool at the top.

A measure of how mad the Premier League is at the moment is that Southampton could ALSO go top of the table if results go their way. They'd need to uphold their end of the bargain by winning at the Emirates against a struggling Arsenal side.

In Scotland the remaining two places in the Betfred Cup semi-finals will be decided. Rangers are short-priced favourites at 1/5 to beat win at St Mirren, while Livingston are 8/11 to win at home to Ross County.

Kevmac and Slipstips have previewed the pick of the matches below;

Thommo's has two selections for Wednesday at Lingfield and Newbury

My Five to Follow on Tuesday only managed to return to two winners so I'm chasing a trio of winners on Wednesday.

The bookies are still over-pricing Leicester City to my mind. Sure Everton recorded a cracking win against Chelsea at the weekend and without the talismanic James Rodriguez but when Leicester are in the mood they've a bit of swagger and can land the 21/20 odds at Bet365 which will pay-out if they go two-goals up.

In Italy Atalanta have failed to reach the heights they did last season and sit ninth in the table. Juventus haven't fully clicked in to gear yet either but they've taken 63 of the last 72 points available at home and can't afford to fall any further behind Inter, Napoli and Milan in the Serie A table.

Goals are still on the menu when Atalanta play so I'm siding with a Ronaldo-inspired Juve to net at least twice at 4/5.

In Norway the shackles are off for Molde who have secured second place in the table. They make the trip to Odd Grenland to play their game in hand before the season finale at the weekend. Odd look like they've chucked it and have turned in a disappointing end to the season, without a win in five (L4 D1).

Molde are 11/8 to win. It's a fairly meaningless game all round but 11/8 looks too good pass up on the side that's made it to the last 32 in the Europa League.