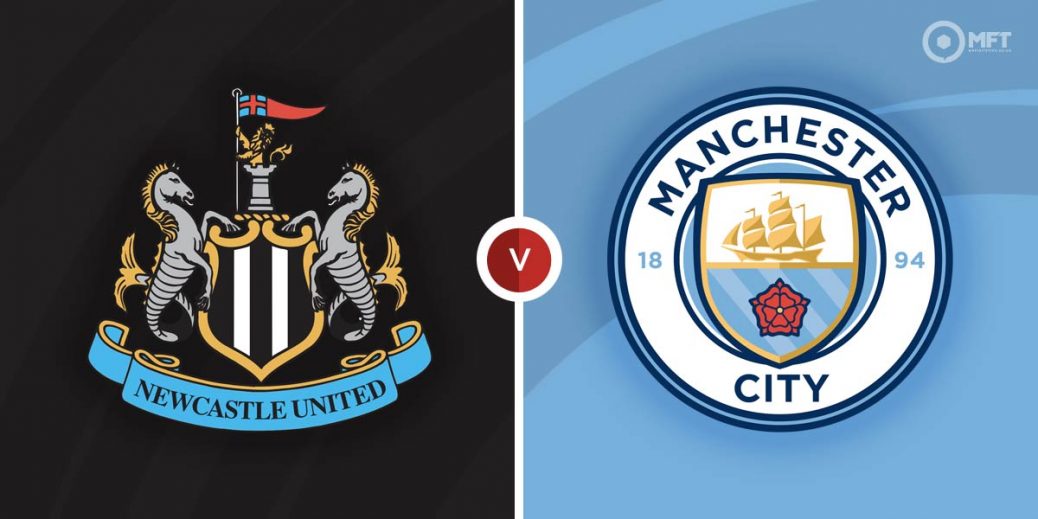 MANCHESTER CITY will be looking to make it eight Premier League wins on the spin when they pay Newcastle a visit at St James' Park on Sunday.

Pep Guardiola's star-studded side retained their place at the summit of the standings with a 7-0 trouncing of Leeds on Tuesday night, in a game which brought up my recommended Bet Builder.

That midweek masterclass was a clear and ominous message from the Blue Moon, who remain one point clear of Liverpool in second and four ahead of Chelsea in third.

Buoyed by their display last time out, the champions will aim to deliver another statement of intent this weekend against a struggling Newcastle side.

The Magpies remain level on points with basement side Norwich in the relegation zone, and they are one point adrift of 18th-placed Burnley having played two games more.

Eddie Howe's men head into Sunday's game fresh off the back of a 3-1 defeat at Liverpool on Thursday night, with our man Kevin Mac delivering a pair of 10/11 winners.

Newcastle, who have won just one of their 17 Premier League matches this season, enter this encounter as 15/1 (SBK) underdogs, while the stalemate is an unfancied 32/5 (SBK) with the same firm.

You won't get rich backing the visitors at the above-mentioned odds but combining a City win, under five match goals and over zero Newcastle cards will bring about a nice looking 10/11 (Bet 365) Bet Builder.

Sure, Newcastle share Leeds' defensive vulnerabilities – conceding a league worst of 37 goals in 17 matches – but Eddies Howe's team should be able to keep the scoreline respectable on Sunday.

Each of the Toon's last four Premier League defeats have featured four goals or fewer, with new boss Howe overseeing all but one of those setbacks – a sample that includes away-days at Arsenal and Liverpool.

What's more, nine of Man City's last 11 top-flight triumphs have gone under the 4.5 goal barrier and with all that in mind, I'm happy to support the same formula at St James' Park on Sunday.

With Pep's champs expected to dominate the possession count, I'll complete the 10/11 (Bet 365) combination with a minimum of one Newcastle card.

The Magpies are averaging a lofty 2,47 cards per-game in the Premier League this term, with the relegation-threatened hosts seeing at least one booking in 16 of their 17 league games thus far.

One player who could be worth considering for a card is Newcastle right-back Javier Manquillo who has been chalked up at 9/2 (Bet 365) to have his name taken.

The Spaniard, who has already accumulated four yellows across 11 Premier League appearances this season, could have his hands full with Jack Grealish – a player who is notorious for drawing fouls from his direct opponents.

This English Premier League match between Newcastle and Man City will be played on Dec 19, 2021 and kick off at 14:15. Check below for our tipsters best Newcastle vs Man City prediction. You may also visit our dedicated betting previews section for the most up to date previews.