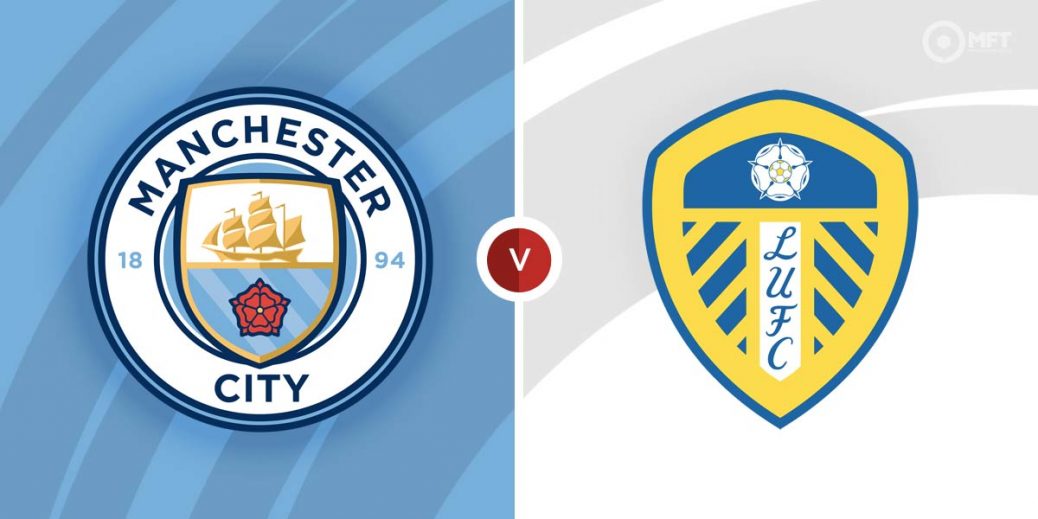 MANCHESTER CITY will endeavour to make it seven Premier League wins on the spin when they entertain Leeds at the Etihad on Tuesday night.

After dropping points in four of their opening 10 top flight assignments of the season, Pep Guardiola's star-studded side have found their groove in recent weeks and confidence among the reigning champions is soaring.

The Citizens currently sit at the summit of the standings, one point ahead of Liverpool and two points in front of Chelsea.

City preserved their place at the top of the tree with a hard-fought 1-0 win over Wolves on Saturday and they will now look to land what would be another important three points when Leeds come calling.

To date, the Whites' campaign has fallen very short compared to the lofty heights that led to a top-half finish last term.

After suffering a last-gasp 3-2 defeat to Chelsea last time out, Marcelo Bielsa's men find themselves just three places and five points above the relegation zone.

Leeds emerged victorious from this venue last season but the same outcome on Tuesday night is trading at a towering 21/1 (SBK) while the draw is also deemed unlikely at 44/5 (SBK) with the same firm.

The odds about a straight Man City win look very short, so the best way to squeeze some value out of this could be by delving into the Bet Builder market and combining over one Man City goal and both teams to receive a card at 17/20 (Bet 365).

Pep Guardiola's team continue to go about their title defence in solid rather spectacular style, however, the Blue Moon have scored a minimum of two goals in five of their last six league games,

That does not bode well for Leeds side that is not exactly renowned for being watertight, with the Whites posting just one clean sheet across eight Premier League road trips thus far.

With that in mind, I'm more than happy to side with two City strikes on Tuesday night, but to round off the Bet Builder, I'll also back both teams to go into the book.

Both sides are averaging over 1.5 yellow cards per-game this season, not to mention referee Paul Tierney, who is flashing 3.82 cautions per 90, has dished out a card to both teams in 10/11 league outings this season.

It's also worth noting the aforementioned Bet Builder has copped in three of Leeds' last five league games and that only adds to the appeal of supporting the same 17/20 (Bet 365) combination on Tuesday night.

I'll also dip into the team corner market and take the 4/5 on offer with Bet 365 for Leeds to hit over two corners during this Etihad encounter.

Granted, the Whites will be up against the odds here, but the likes of Club Brugge, Southampton and West have hit 3+ flagkicks at this venue this season and Bielsa's forward-thinking team look nicely priced to follow suit.

This English Premier League match between Manchester City and Leeds will be played on Dec 14, 2021 and kick off at 20:00. Check below for our tipsters best Manchester City vs Leeds prediction. You may also visit our dedicated betting previews section for the most up to date previews.