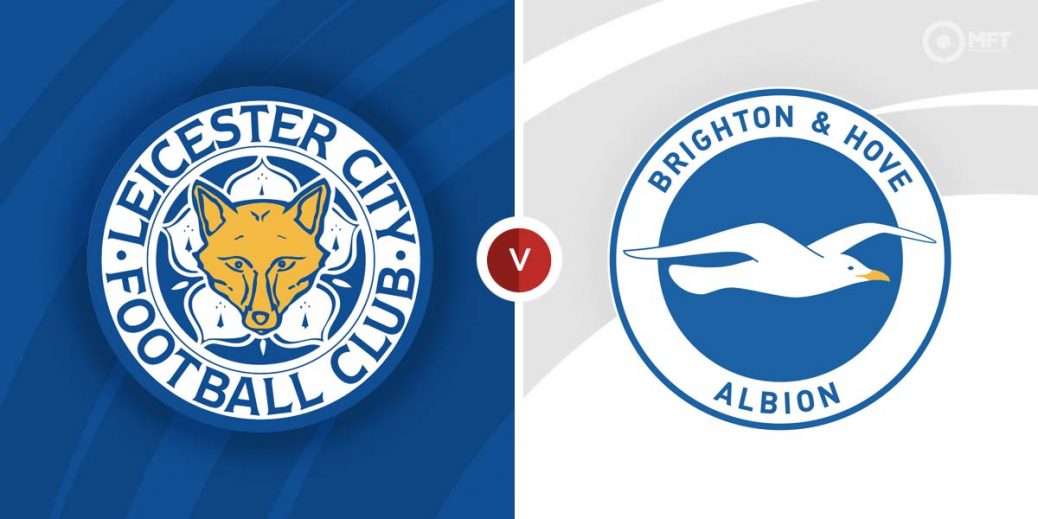 LEICESTER CITY will be looking to return to winning ways in the Premier League when they play host to Brighton & Hove Albion at the King Power Stadium on Sunday afternoon.

The Foxes appeared to be on course to collect all three points against Tottenham in midweek before hitting the self-destruct button in stoppage time.

Despite leading after 94 minutes, Brendan Rodgers side suffered a dramatic late collapse to lose the game 3-2, on a night where both of my recommended bets landed.

That bruising setback has left Leicester occupying 10th place in the table and Brighton's visit this weekend is unlikely to provide Rodgers and Co with any respite.

Graham Potter's side have proven to be a tough nut to crack this season, with the Seagulls tasting defeat just four times thus far, losing only once in their previous 10 assignments.

Last time out, Albion extended their unbeaten run to seven matches across all competitions with a well-deserved 1-1 draw against Chelsea, another game which brought up one of my tips.

Leicester, who slumped to a 2-1 defeat in September's reverse fixture, enter this contest as 14/9 (SBK) favourites.

Despite avoiding defeat in nine of their last 10 top flight road trips, Brighton arrive at the King Power as 79/40 (SBK) outsiders while a share of the spoils is a best price 12/5 (SBK).

I successfully backed both teams to score during Brighton's 1-1 draw with Crystal Palace last Friday night and the same wager makes plenty of appeal here at 4/5 (William Hill).

Goals have been a recurring theme in matches involving Leicester this season, with 13 of the Foxes' opening 19 league games ending with both sides getting on the scoresheet.

Whilst the hosts boast quite the plethora of attacking talent within their ranks, clean sheets remain an issue for Rodgers' ropey rearguard, with only four teams conceding more than his side to date.

Brighton, on the other hand, continue to earn plenty of plaudits for their possession-based style of play, but it's worth noting that Graham Potter's posse have only managed to shut out their opponents in two of their last 15 attempts.

What's more, both teams to score has been a winning bet in no fewer than 11 matches from that aforementioned 15-game sample, including each of Albion's last five outings.

With that in mind, coupled with the fact BTTS has banked in 25 of the pair's collective 40 Premier League games this season so far, backing each team to oblige here holds plenty of appeal at 4/5 (William Hill).

Team news permitting, I'll also get involved with Leicester defender James Justin to go into the book at a juicy 7/1 (William Hill).

The Foxes full-back made his long-awaited comeback after an 11-month injury lay-off in midweek and he could be tasked with taming Tariq Lamptey, who's lightning speed continues to cause opposition defenders all sorts of problems.