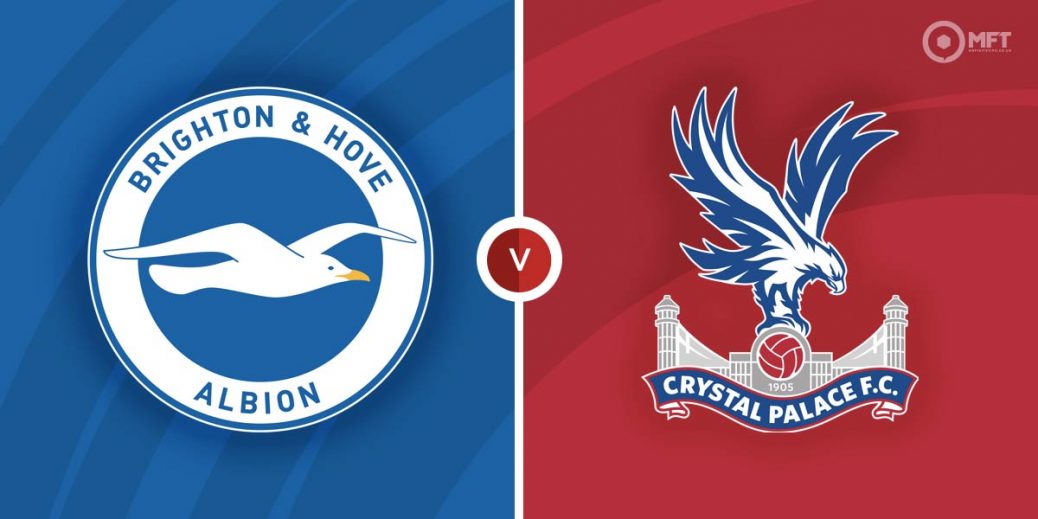 BRIGHTON will be bidding to stretch their Premier League unbeaten run to four matches when they play host to Crystal Palace in the M23 derby on Friday night.

The Seagulls snapped an 11-match winless run in the top flight with a 2-0 win over Brentford on Boxing Day before banking a well-deserved point at Stamford Bridge against Chelsea.

Graham Potter's side followed up on those four points by beginning 2022 in emphatic style as they secured a 3-2 victory away against at Everton on New Year's Day.

Fresh from booking their spot in the fourth round of the FA Cup with a 2-1 win at West Brom last time out, Albion will look to carry their newfound momentum into Friday nights fixture with old foes Crystal Palace.

The Eagles, who were also victorious in the FA Cup last weekend, have performed above expectations in England's top flight this season, picking up 23 points from their 20 matches to sit comfortably in mid-table.

Consistency remains an issue, however, with Patrick Viera's side heading into this clash having lost their last league game against West Ham, on an evening where my Over 2.5 goals selection copped.

Despite winning just three of their nine Premier League home games this season, Brighton go into this Friday night fixture as 42/41 (SBK) favourites.

Crystal Palace, who have crashed to defeat in each of their last three Premier League away matches, enter this contest as 3/1 (SBK) outsiders while a point apiece has been priced up at 23/10 (SBK).

There isn't a huge amount of appeal in the 1×2 market here but backing both teams to score looks like a nice alternative at even-money (1/1) with 10Bet.

Graham Potter's possession-based style of play has earned his team plenty of plaudits, but Brighton's backline have bagged just two clean sheets across their last 13 matches in all competitions.

What's more, BTTS punters would have pocketed profit from no fewer than nine matches from that aforementioned 13-game sample involving the Seagulls.

Crystal Palace have also been flying the flag for goal-based backers this season, with a healthy 13 of their 20 top flight fixtures featuring three or more strikes thus far.

Whilst the South Londoners have upped their attacking output under the stewardship of Patrick Viera, their defence is by no means watertight, with the visitors' solitary clean sheet across their last 10 matches coming against a toothless Norwich team.

With all that in mind, coupled with the fact that both teams have obliged in six of the pair's last 10 collective Premier League matches, supporting the same bet in East Sussex on Friday night seems like a sensible approach to consider at an enticing even-money (10Bet).

Here we would only lose our full stake if there are zero or one goals scored in the game and that makes plenty of appeal given that each of Crystal Palace's last six matches have broken the Over 2.5 goal barrier.

This English Premier League match between Brighton and Crystal Palace will be played on Jan 14, 2022 and kick off at 20:00. Check below for our tipsters best Brighton vs Crystal Palace prediction. You may also visit our dedicated betting previews section for the most up to date previews.