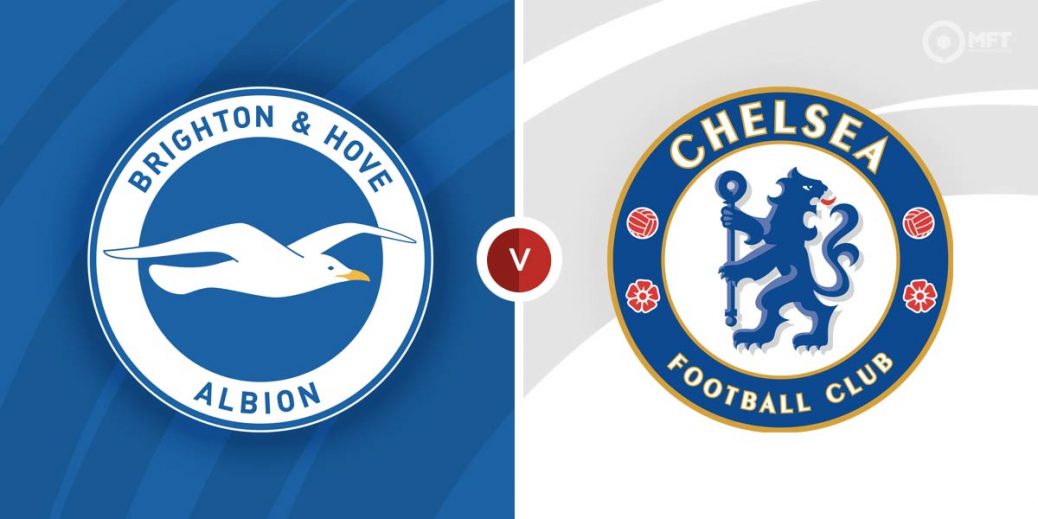 BOTH Brighton and Chelsea will be bidding to return to winning ways in the Premier League when the pair square off at the Amex Stadium on Tuesday night.

Graham Potter's side enter the match off the back of a 1-1 draw with Crystal Palace on Friday night, in a game which brought up my both teams to score selection.

That stalemate extended the Seagulls' unbeaten run across all competitions to six matches, a sample that includes a 1-1 draw with Tuesday night's guests Chelsea.

The Stamford Bridge side enjoyed a strong start to the league campaign, setting the pace at the top of the table heading into November, but their form has since taken a dip.

That wobble has seen Chelsea slip from first to third in the top flight standings, with Saturday's 1-0 reverse at runaway Premier League leaders Manchester City all but extinguishing the Blues' title hopes.

Thomas Tuchel is now tasked with lifting the spirits in the Chelsea dressing room ahead of Tuesday night's trip to East Sussex.

Brighton are big outsiders at 4/1 (SBK) while a repeat of last month's draw between the two sides has been chalked up at 11/4 (SBK) with the same bookmaker.

Chelsea, who are without a win in the Premier League since Boxing Day, head into this contest as odds-on 4/5 (Betfred) favourites.

Given the dynamics of this fixture, there isn't a huge amount of appeal in the 1×2 market, therefore I’m once again going to head to Bet 365’s Bet Builder market to put together a same game multiple.

Combining under four match goals, over two Brighton corners and each team to receive a card will bring about an eye-catching even-money (1/1) play.

Brighton have already proven themselves as a tough nut to crack this season, with the Seagulls tasting defeat just four times thus far, losing only once in their last nine outings.

What's more, just one of Albion's 10 Premier League home games this season have featured more than five goals, with under 2.5 goals copping in a hefty eight of their 10 league outings at their Amex headquarters to date.

With that in mind, coupled with the defensive resilience that Thomas Tuchel has instilled in this team since taking the reins in West London 12 months ago, I'm more than happy to side with under four match goals in this south coast clash.

Given that a possession-based style of play has been paramount under Graham Potter's watchful eye since he moved to Brighton in 2019, I'll also back the hosts to hit over two corners during this fixture.

The Seagulls are earning 5.45 corners per-game this season, a tally that increases to 6.00 playing in front of their own supporters.

With another closely-fought contest between the two teams anticipated, I'll round off the even-money (Bet 365) Bet Builder bay backing each team to collect a minimum of one card.

Both sides are averaging north of 1.5 yellow cards per-game this season, not to mention referee Kevin Friend has somewhat surprisingly been one of the more card-happy operators in the top flight this term, averaging a lofty 6.33 bookings per 90.

It's also worth noting that the aforementioned Bet Builder banked at Stamford Bridge less than three weeks ago and that only adds to the appeal of supporting the same even-money formula when the pair reconvene on Tuesday night.

This English Premier League match between Brighton and Chelsea will be played on Jan 18, 2022 and kick off at 20:00. Check below for our tipsters best Brighton vs Chelsea prediction. You may also visit our dedicated betting previews section for the most up to date previews.