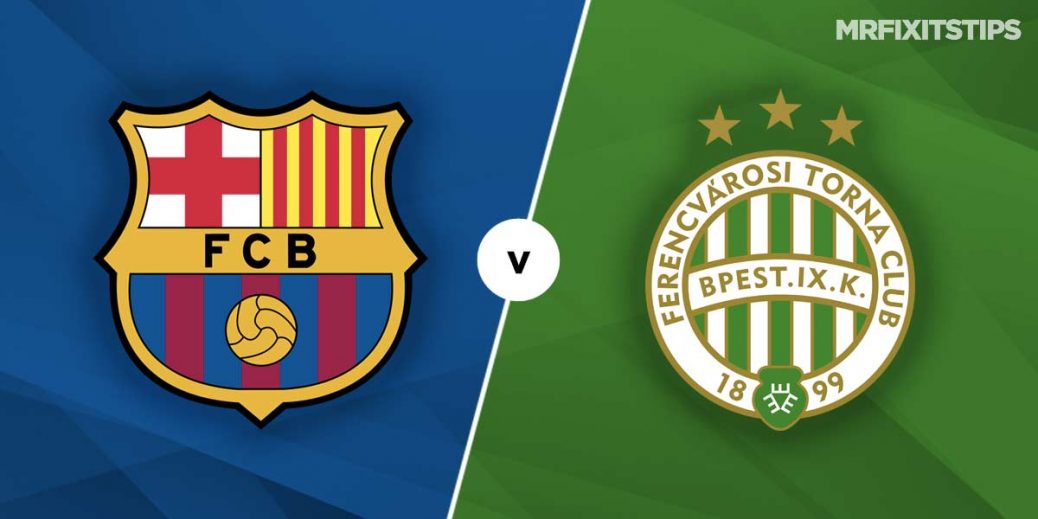 BARCELONA crumbled during their infamous 8-2 defeat to Bayern Munich in the Champions League last season but the Spanish giants should return to Europe's top table with a routine victory when they face Ferencvaros on Tuesday night.

Quique Setien was relieved of his duties after a trophy-less campaign that culminated in European humiliation and Ronald Koeman has since taken the reins at the Camp Nou.

It's been a mixed start to the season for Koeman for Co who opened with wins over Villarreal and Celta Vigo, however, a home draw with Sevilla and a loss at Getafe last time out was a stark reminder that Barcelona are still a team in transition.

Indeed, the Spanish superpower are not feared in the same way that they once were, but Barcelona are still fully expected to qualify from Group G where they have been placed alongside and Dynamo Kyiv, Juventus and Tuesday nights opponents Ferencvaros.

The Hungarian Champions will be making their first appearance in the money-spinning groups-stages for the first time in 25 years and they have taken some notable scalps on route to this stage of the competition.

Sergiy Rebrov's side successfully navigated qualifiers with Djurgarden, Celtic, Dinamo Zagreb and Molde, and the Green Eagles have also made a strong start to their domestic season where they top the table after five rounds of fixtures.

Barcelona have avoided defeat in each of their last 36 Champions League home matches and the bookies fully expect that sequence to continue with a home win odds-on at 1/12 with Bet 365.

Ferencvaros mark their return to Europe's top competition as big underdogs at a whopping 50/1 with Betfair, while the draw is also deemed unlikely at 14/1 with Betway.

With that in mind, I'm going to delve into Bet 365's Bet Builder where I'm going to combine Barcelona half time/full time, over one goal for Barcelona and Ferencvaros to collect over one card.

The above-mentioned punt will present us with an eye-catching Even-Money shot with Bet 365 on a night where Barcelona's superior quality should shine through.

Ferencvaros have shipped four goals across their last two qualifiers away from home and I suspect Sergiy Rebrov's side could revert to the dark arts when trying to tame star-studded Barcelona.

That line of thought could also see value lie with a match combo special on offer with 888Sport at 19/20, namely, Barcelona to win, Barcelona most corners and Ferencvaros to receive the most cards.

This is the type of assignment that Barcelona are particularly efficient in dealing with – the Spanish heavyweights haven't lost a group fixture on home turf since 2009 – and they have won each of their previous four tussles against Hungarian opposition.

What's more, the above-mentioned betting angle would have banked profit during Barcelona's 4-0 home win over Villarreal last month and a repeat here at just under odds-against when faced with inferior opposition looks like a nice way of trying to squeeze some value out of a home success.

This UEFA Champions League match between Barcelona and Ferencvaros will be played on Oct 20, 2020 and kick off at 20:00. Check below for our tipsters best Barcelona vs Ferencvaros prediction. You may also visit our dedicated betting previews section for the most up to date previews.