The Happy Hammers made it a winning end to the week for our Super Single tips. A 4-1 win at Aston Villa comfortably landed the 6/4 odds and strengthen David Moyes' side's top four position.

SlipsTips' BetBuilder also landed in the same game at a handy 5/6  and the Caddy's NAP won yet again to keep his good run of winners going.

But…. how about this for a win? One lucky punter caught a whopper yesterday thanks to four players picking up a booking across the two Premier League matches. His double BetBuilder returned an enormous £94,350 for a £25 stake. Nice work if you can get it! 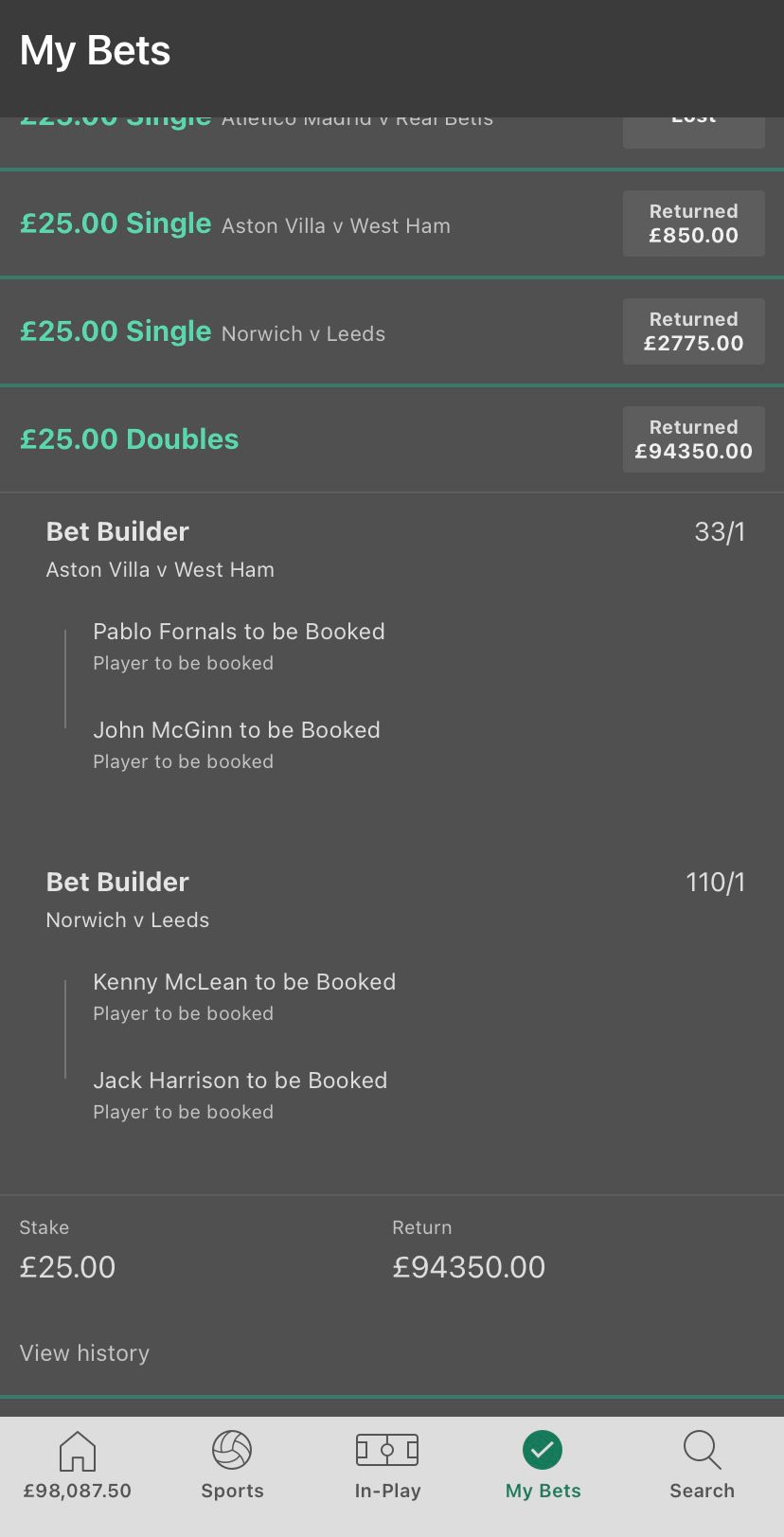 Monday Night Football sees Everton visit Molineux for a date with Wolves. The Toffees have had a ropey time of it of late with just one win in their last six (at home to bottom side Norwich) in all competitions after a promising start under Rafa Benitez.

Conversely, Wolves have hit a bit of form after a poor start to the season. Bruno Lage's side have taken 10 points from the last 12 and moved up to 11th in the table and a win tonight would see them climb to 7th.

Wolves make the most appeal at 6/5 given both sides' recent form but no result would be a surprise.

Richarlison looks set to start for Everton after a scoring return last weekend. The Brazilian has scored five in six against Wolves and is 7/2 (Bet365) to get on the scoresheet again or 9/1 (Bet365) to break the deadlock.

For today's Super Single we're dipping in to the second tier in Norway. Ham Kam are just a few wins away from securing a place in the Eliteserien and take a step closer with a win over Raufoss.

The league leaders drew blank last time out, just the second time they've failed to score all season but they've barely put a foot wrong at home where they've taken 31 points from a possible 39. 12 of their 13 home games have seen Over 2.5 Goals (92.3%) and with Raufoss' last six matches also seeing three or more goals then a combination of a home win and Over 2.5 Goals looks the way to go.

Monday's racing doesn't look too great, so Rizzel has only opted for a short priced favourite at Hereford.