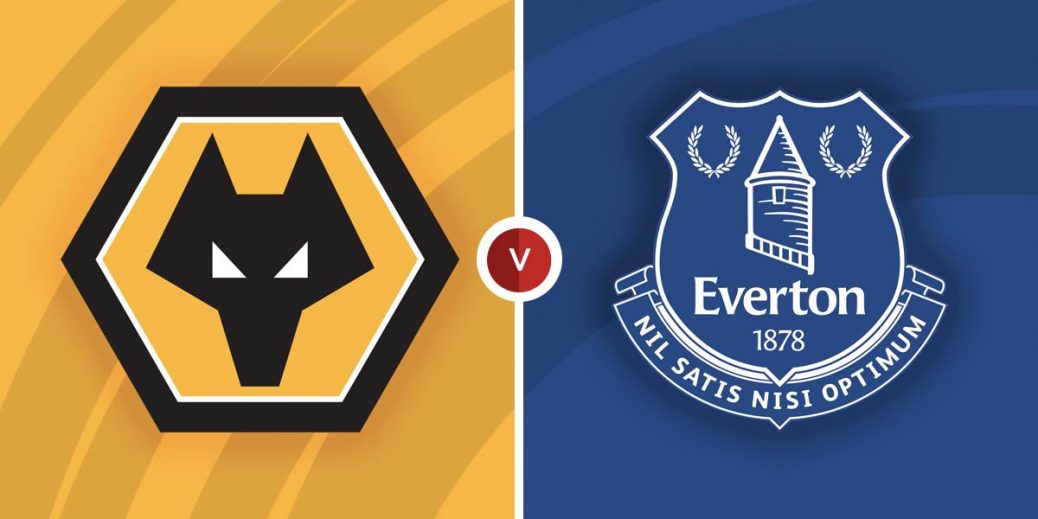 SEPARATED by just one point and two places in the Premier League table, Wolves and Everton meet on Monday night at Molineux.

The transition from Nuno Espirito Santo to Bruno Lage was always going to have a few teething problems, but the Old Gold have shown gradual signs of improvement in recent weeks.

Wolves came within a whisker of making it four wins on the spin last weekend after conceding a last-gasp penalty against Leeds, leading to a 1-1 draw at Elland Road.

Everton, meanwhile, have seen their strong start to the season slowed, with the Blues making the trip to the Black Country on the back off back-to-back Premier League home losses.

Rafa Benitez faced huge hostility when he took the reins at Goodison Park and the former Liverpool manager is now under major scrutiny following last weekend's chastening 5-2 defeat to Watford.

Wolves are unbeaten in four Premier League games and the hosts head into this contest as 23/18 favourites with SBK.

Everton emerged victorious from this venue last season but a repeat of that outcome on Monday night is an unfancied 28/11 at SBK while a share of the spoils is an unfancied 40/17 (SBK) with the same firm.

There isn't a huge amount of appeal in the 1×2 market here but backing both teams to score looks like an eye-catching alternative at even-money (1/1) with William Hill.

Wolves look a more threatening attacking unit this season, with the men from Molineux making the net bulge in five of their last Premier League assignments.

Three fixtures from that six-game sample have seen Lage's team strike at least twice, not to mention each of Wolves' last three league games have ended with both teams getting on the scoresheet.

Goals have also been fairly prominent in Everton Premier League matches this term, with both teams obliging in five of the Toffees opening nine top-flight fixtures of the season.

With all things considered, backing both teams to score at even-money (William Hill) holds plenty of appeal in what should an entertaining Monday night match-up at Molineux

I'll also dip into the anytime goalscorer market where Everton forward Richarlison looks overpriced to get on the scoresheet at 3/1 with SBK.

The bustling Brazilian marked his return from injury with a goal against Watford last weekend and it's worth noting that Richarlison has notched five goals in five previous appearances against Wolves.

This English Premier League match between Wolves and Everton will be played on Nov 1, 2021 and kick off at 20:00. Check below for our tipsters best Wolves vs Everton prediction. You may also visit our dedicated betting previews section for the most up to date previews.