Football Tips: The Premier League But Not As We Know It

Home Football Tips: The Premier League But Not As We Know It 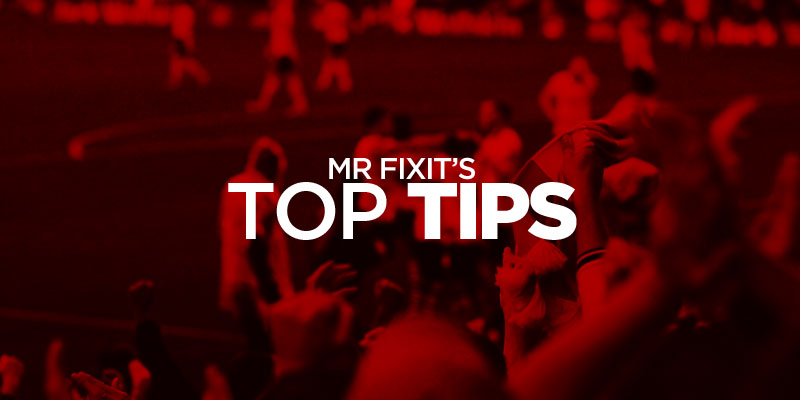 Mr Fixit is still laid up but he's hoping to be back in action by the weekend. He sends his thanks, from the treatment table, to all the well-wishers in the last few days.

And a busy Wednesday, with no fewer than 16 live matches on satellite / cable, should keep him entertained in his sick bed as the Premier League swings back in to action alongside the Bundesliga, La Liga and the Coppa Italia Final.

There's also Day Two of Royal Ascot to look forward to and Thommo was star of the show on Tuesday with a trio of winners that paid a combined 50-1 for anyone that backed them as a Treble. His fourth selection of the day was beaten by short head to halt a 250-1 timer but it was some start to the Festival from our resident racing expert.

Rizzel kicks weighed in with a winner and two handily priced each way places at 11-1 and 22-1 to ensure a profitble day all round for punters.

Both have posted their selections for Wednesday; Thommo's Day Two Tips are headed by Aiden O'Brien's Russian Emperor, meanwhile RizzelTips is seeking some more each-way value with his tips where four of his five selections command place-money odds.

Don't miss the second day of our competition with Who Knows Wins. Ten punters shared first place (including Mr Fixit) all winning £43.22 in Tuesday's contest and have given themselves a great start in the race to win a PS4 with FIFA20 (click here to find out more). Wednesday's competition is now live and for £5 you can give it a go at predicting the most winners from the six live races on ITV.

The much-anticipated return of top flight football in the UK finally arrives on Wednesday with Sheffield United's visit to Aston Villa  (6.00pm Sky Sports). Behind closed doors and with no recent form to go on these matches are going to be difficult to call but KevMac has provided a few betting angles that are worth a look in his match preview.

Then at 8.00pm is the turn of Man City to host Arsenal at the Etihad in a match that could determine if Liverpool can win the title at the weekend. City need to keep the pressure on the Reds but rather than target the outright markets SlipsTips has racked up a BetBuilder and a cards bet in his preview.

SlipsTips also dips back in to the Bundesliga for his other match preview of the night. Bayern may have been crowned champions but Dortmund still have some work to do to finish second in the table. BetBuilders are the order of the day for SlipsTips in their match against Mainz.

Last but by no means least, keep an eye out for the start of a £10-£1,000 Challenge from Greg. He's been in brilliant form of late (another winning corners bet sailed in on Tuesday at 11-10) and MrF has laid down the gauntlet, which Greg is only to happy to accept.

He'll post Bet No.1 at some point during the day so keep an eye out for that and his best single bets for Wednesday.

Let's hear your best bets for Wednesday in the comments below.