Football Tips: A Not so Manic Monday

Home Football Tips: A Not so Manic Monday 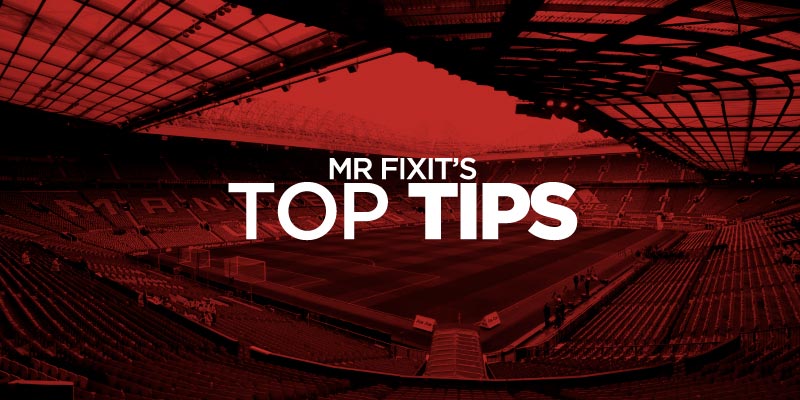 WE'VE now raised over £2,500 for two organisations in memory of Paul. Thanks to everyone who has donated so far.

If you'd like to donate please read about The Bubble Foundation and St Margaret of Scotland Hospice and find how to donate here.

Paul's funeral will take place on the morning of Monday 21st December. Numbers are obviously limited however there will be a planned stop at the home of Clydebank Football Club, Holm Park, between 10:45am – 11:15am for anyone who is local that wishes to pay their respects to Paul.

Tough at the Top

DRAWS for Liverpool and Spurs at the top of the Premier League would've been music to bookies' ears on Sunday. Both sides were held to 1-1 draws which allowed Leicester City and Southampton to close the gap and move in to third and fourth place respectively.

Just seven points separate the top ten teams in the table which sets us up nicely for a busy midweek of action northa and south of the border. Monday doesn't have much to offer at all with very few matches across Europe nevermind in the UK so you could do worse than keep your powder dry on a not so Manic Monday.

Sure, that won't stop our determined members though, so keep an eye on the comments section for any fancies they may have.

It was great to see Hullshaker provide a fantastic write up for one of the late games in South America on Sunday. Hull has been a stalwart of the site for many years and my thanks go to him for and all of you have kept things going in the last few difficult weeks.

Shout out to SlipsTips who landed a cards Double in Paris where Lyon handed PSG their fourth league defeat of the season. He'll back later in the week with his best bets.

Robert McIntyre looked like The Caddy's best hope going in to the final day at the DB World Tour Championship but a disappointing +5 round saw the Scotsman finish T23. The good news is that Victor Perez played his way in to an each-way finish at 55/1 with -4 round.

Despite a disapponting day Danny Willet finished one shot clear of Henrik Stenson to land The Caddy's match-bet NAP and make it yet another profitable weekend for our golf tipster.

A second place at Lingfield was the best Thommo could manage on Sunday where Aviary was beatean by favourite Vanitas. Monday sees him return to more familiar surroundings of local course Ayr where he has three selections.