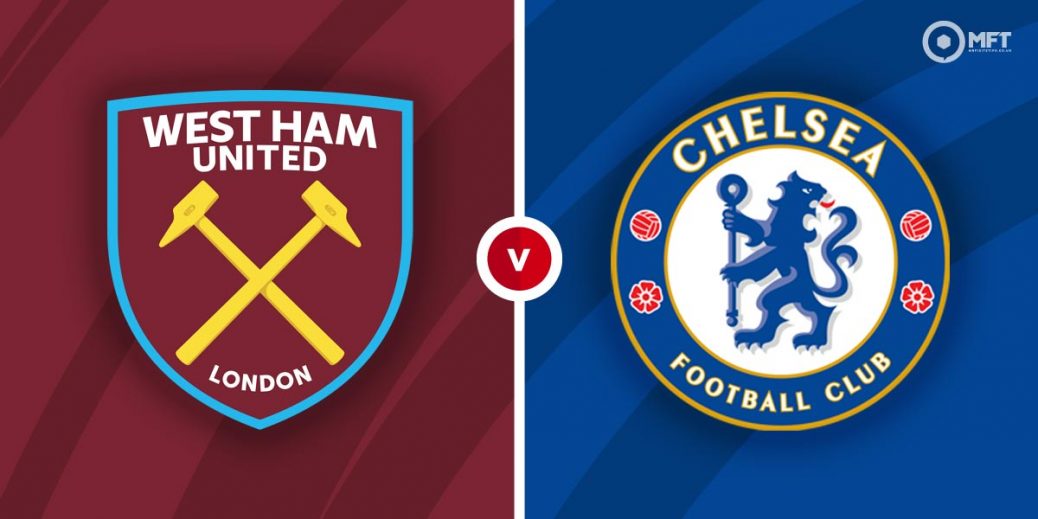 CHELSEA have built up some serious momentum in the Premier League but this London derby with West Ham will provide a massive test of their title credentials.

Thomas Tuchel's men continue to lead the table and their only domestic loss this season came to champions Manchester City back in mid-September.

Wednesday's 2-1 win at Watford, which brought up another full house for Slips Tips, made it 12 games unbeaten for the Blues in all competitions but there's no margin for error at the top in a thrilling title battle with City and Liverpool.

West Ham, who currently sit fourth, will be determined to put a dent in Chelsea's ambitions as the Hammers bid to get back on track after three league games without a win.

Having lost to Wolves and City, it looked like David Moyes' men would return to winning ways when they took the lead at home to Brighton on Wednesday. But they allowed the Seagulls to fight back and claim a last-minute leveller, busting the coupon of our man Tolu in the process.

That was a huge blow for Hammers fans but the feelgood factor would quickly return if they claimed London derby bragging rights over the European champions.

West Ham have home advantage but they are still outsiders for a win at 21/5 with Coral. Chelsea are odds-on favourites at a best 11/14 with SBK while the draw pays 37/13 with the same firm.

This fixture has been fiercely contested of late, with the last 10 meetings producing four wins apiece and two draws. But Chelsea came out on top last season, winning 1-0 at the London Stadium (below) after a 3-0 triumph at Stamford Bridge.

Pablo Fornals was unlucky not to score against Brighton as he crashed a strike off the underside of the bar. The West Ham midfielder has five goals to his name this season and is a tempting 7-1 for anytime scorer here.

Tuchel (below) will probably make changes from midweek as he utilises his squad during a demanding run of games. Callum Hudson-Odoi was left on the bench at Watford and should start here, making him decent value for a goal at 17/5 with Unibet.

The success of both these sides has been based on a solid defence so I'd be surprised if this one was a thriller. Betting against BTTS came up in both meetings last term and that pays a decent 19/20 with SBK here.

Backing corners paid off for me in Chelsea's Euro win over Juventus and I fancy a repeat here. McBookie price over 10.5 match corners at 11/10 and that looks pretty good value. The same firm price Chelsea -1.5 at 10/11 in the corner handicap and that is another decent option.

This clash has the potential to get a bit fiery and the card markets could be worth a look. Both sides have kept it pretty clean of late but there was a red and four yellows in last season's meeting at the London Stadium. Tomas Soucek was booked in another London derby against Spurs and appeals for a card here at 3/1 with BetVictor.

This English Premier League match between West Ham United and Chelsea will be played on Dec 4, 2021 and kick off at 12:30. Check below for our tipsters best West Ham United vs Chelsea prediction. You may also visit our dedicated betting previews section for the most up to date previews.