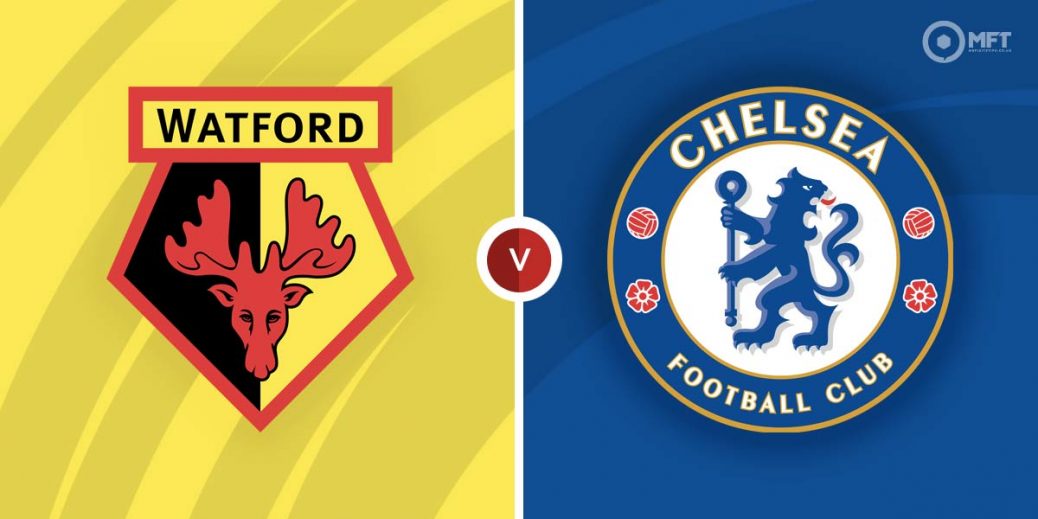 CHELSEA will be aiming to return to winning ways in the Premier League on Wednesday night when they visit Vicarage Road to face Watford.

The Blues were held to a 1-1 draw by Manchester United on Sunday, a stalemate that saw their lead at the top of the table reduced to just one point.

That setback means Thomas Tuchel's team cannot rest on their laurels before the frantic festive schedule begins to bite.

The capital club will be keen to get back on track to maintain their lead on the chasing pack when they make the short trip to Watford this midweek.

Claudio Ranieri has endured a rollercoaster start to life in the Hornets hot-seat, with the Hertfordshire outfit going from one extreme to the other under the tutelage of the Tinkerman.

A week after the 4-1 mauling of Manchester United, Ranieri's 16th-placed side showed their unpredictability when they crashed to a 4-2 defeat at Leicester last time out.

Watford will endeavour to make it back-to-back home wins for the first time this season, but the Hornets head into this clash as 10/1 (SBK) outsiders while a share of the spoils is an unfancied 9/2 (SBK) with the same firm.

Chelsea, who have won five of their six top-flight road trips this term, drawing the other, are red-hot favourites for a Vicarage Road victory at 6/17 with SBK.

The odds about a straight Chelsea win look very short, so the best way to squeeze some value out of this could be by delving into the Bet Builder market.

Combining Chelsea to win, under five match goals and over zero Watford cards will bring about a backable 4/5 (Bet 365) shot that looks like a nice way in.

Thomas Tuchel's team have made a typically efficient start in their quest for Premier League glory, with eight of their nine league wins this term featuring four goals or fewer.

What's more, the Chelsea to win and under five match goals Bet Builder has banked in 18 of the capital clubs 20 top-flight triumphs under the tactically-astute Tuchel's watch.

With that in mind, I'm more than happy to support the same formula on Wednesday night, but to boost the price, I'll also back Watford to collect at least one card during this contest.

The Hornets are averaging 2.15 yellow cards per-game this term, with Ranieri's strugglers seeing at least booking in 11 of their 13 league games thus far.

With all things considered, the 3/4 (Bet 365) about over three asian cards also holds appeal given that referee David Coote has flashed five or more cards in each of his last five Premier League outings.

Here we'd be paid out if four or more cards are dished out, while our stake would be refunded if exactly three cards are awarded during this dust-up.

This English Premier League match between Watford and Chelsea will be played on Dec 1, 2021 and kick off at 19:30. Check below for our tipsters best Watford vs Chelsea prediction. You may also visit our dedicated betting previews section for the most up to date previews.