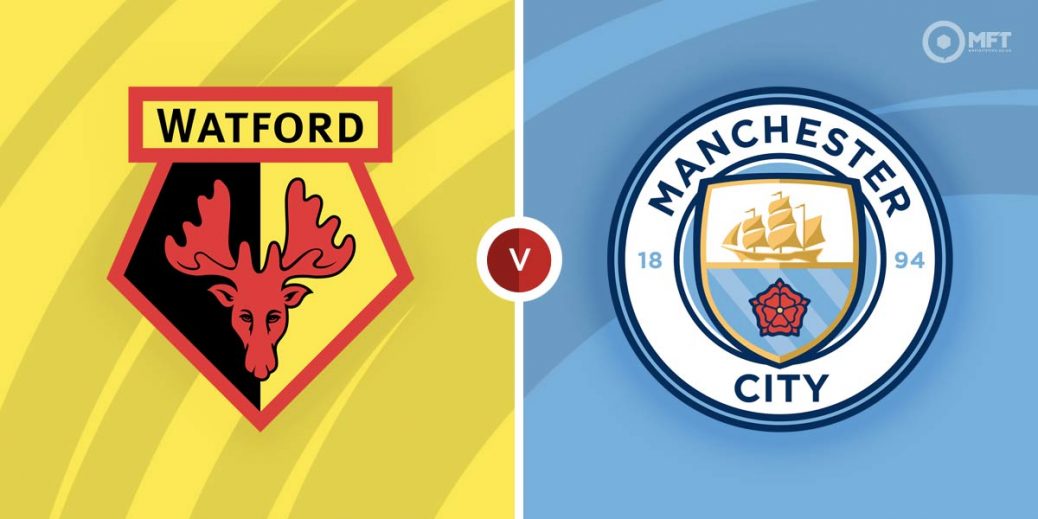 MAN CITY make the trip to Watford on Saturday evening looking to extend their winning streak in the Premier League to five matches.

Pep Guardiola's star-studded side have found their groove in recent weeks and confidence among the reigning champions is high.

The Citizens are currently second in the standings, one point behind leaders Chelsea, and one point ahead of Liverpool.

City secured a hard-fought 2-1 victory at Aston Villa on Wednesday night and they will look to pick up another important three points when they visit Vicarage Road this weekend.

The Hornets have had a mixed start to life under Claudio Ranieri, dishing out drubbings to Everton and Man United either side of five losses under the tutelage of the Tinkerman.

After suffering a narrow 2-1 defeat to Chelsea in midweek, a game which brought up both of my selections, Watford find themselves just one place and three points above the relegation zone.

Watford have lost their last 13 matches against Manchester City and the bookmakers odds suggest that sequence will continue on Saturday evening, with a home win chalked up at 16/1 (SBK) while share of the spoils is an unfancied 33/5 (SBK) with the same firm.

Man City, who have avoided defeat in 18 of their last 20 top-flight road trips, are red-hot favourites for a Vicarage Road victory at 1/5 with SBK.

You won't get rich backing the visitors at the above-mentioned odds but combining a City win, under five match goals and over zero Watford cards will bring about a nice looking 10/11 (Bet 365) Bet Builder.

Pep Guardiola's team continue to go about their title defence in solid rather spectacular style and that was the case during their recent wins over West Ham and Aston Villa.

Sure, the Blue Moon are capable of blowing teams away, but it's worth noting that seven of the champions' last eight top-flight triumphs have gone under the 4.5 goal barrier.

What's more, seven of Watford's nine Premier League defeats this season so far have featured fewer than five goals, so Ranieri's side should be able to keep this respectable.

With all that in mind, I'm more than happy to support a City win and under five match strikes, but to boost the price, I'll also back Watford to collect at least one card during this contest.

The Hornets are averaging 2.29 yellow cards per-game this term, with the Hertfordshire outfit seeing at least booking in 12 of their 14 league games thus far.

I’ll also be waiting to see who starts at right-back for Watford and if it's Kiko Femenía, then I'll have a nibble on the 11/2 (UniBet) for the Spaniard to go into the book.

The Hornets defender could have his hands full with fit-again Jack Grealish, who is notorious for drawing fouls from his direct opponents, and with that in mind, the 11/2  (UniBet) on offer about a Femenía card looks worthy of a small interest.

This English Premier League match between Watford and Man City will be played on Dec 4, 2021 and kick off at 17:30. Check below for our tipsters best Watford vs Man City prediction. You may also visit our dedicated betting previews section for the most up to date previews.