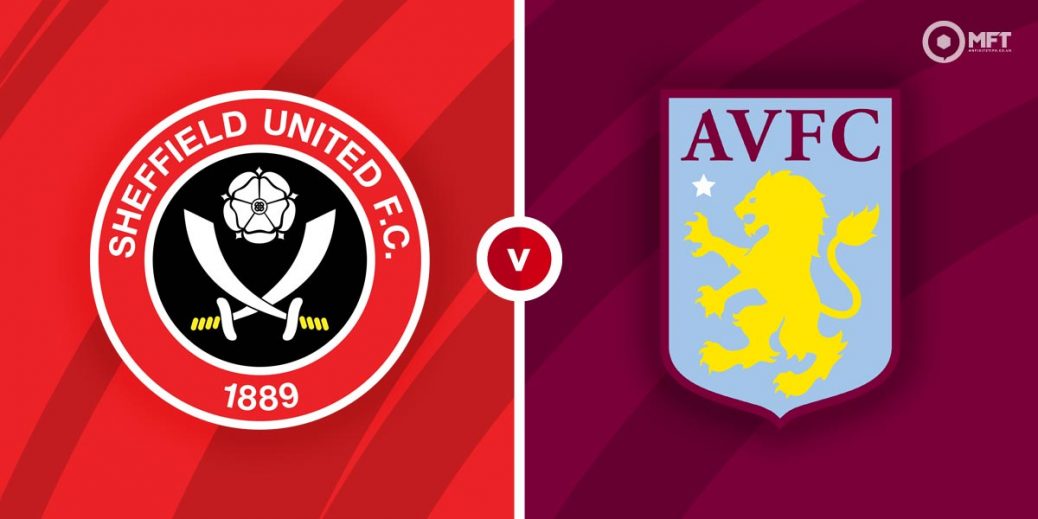 The spirit in Blades camp has never been in doubt, however, Championship football for Sheffield United next season appears to be formality.

Sheffield United's season of woe continued with a 2-0 defeat against Liverpool on Sunday, on a night where my recommended Bet Builder banked.

Next up for the beleaguered Bramall Lane outfit is a midweek meeting with an Aston Villa side who have been among the Premier League's surprise packages this season.

Villa's turnaround this season has been nothing short of remarkable and they head into this clash off the back of a 1-0 win at Leeds, a game where my even-money card tip copped.

That triumph propelled Dean Smith's side to ninth-place in the table where they find themselves just six points adrift of a Champions League berth, having played two games less than the majority of the sides housed above them in the standings.

Sheffield United have lost each of their last four Premier League matches and the bookies odds suggest that trend is set to continue with the hosts priced up at 13/5 with PaddyPower, while the draw pays 12/5 with the same firm.

Aston Villa have triumphed in two of their last three top-flight road trips and a Villa victory here is trading at 21/20 with TonyBet.

Four of Aston Villa's last six Premier League fixtures have featured fewer than two match goals, while under 2.5 goal backers would have been rewarded in 15/26 Sheffield United league matches this term.

With that in mind, it seems sensible to expect a low-scoring affair at Bramall Lane, however, I fancy Villa to grab at least one goal when faced with a brittle Blades backline that have kept just one clean sheet in 26 league matches this season.

Attack-minded Aston Villa have notched in 20/24 Premier League matches this season and even without talisman Jack Grealish, the Villans should have enough firepower to find a way through Sheffield United's ropey rearguard.

Dean Smith's side got on the scoreboard in recent visits to Chelsea and Man United and I fully expect the Midlands outfit to make the net bulge at Bramall Lane on Wednesday night.

Sheffield United, meanwhile, have been toothless in attack this season – scoring two or more goals on only three occasions in the Premier League, not to mention Aston Villa boast the third-best defensive record in the division.

I'm therefore happy to add under two Blades strikes to the aforementioned Bet Builder, but in order to boost up the price I'll also throw in over zero Sheffield United cards.

Sheffield United sit second in the disciplinary standings with their 1.85 card per game average and it's worth noting that the Blades have racked up two or more bookings in 11 of their last 14 Premier League matches.

One player who looks overpriced for a card here is Sheffield United midfielder John Lundstram who's an eye-catching 5/1 with William Hill to have his name taken.

Lundstram's tough-tackling style has already seen him clock up six yellows and one red this season and with that in mind, the above-mentioned price just looks a little bit too big to me.

This English Premier League match between Sheffield United and Aston Villa will be played on Mar 3, 2021 and kick off at 18:00. Check below for our tipsters best Sheffield United vs Aston Villa prediction. You may also visit our dedicated betting previews section for the most up to date previews.