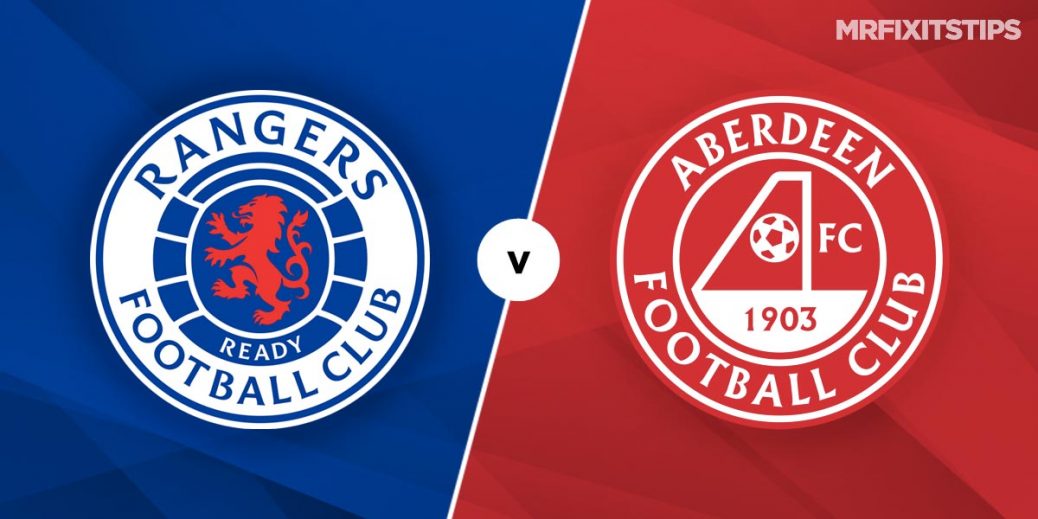 RANGERS will be keen to keep up their relentless form when they face old foes Aberdeen at Ibrox on Sunday afternoon.

Steven Gerrard's side have avoided defeat in each of their 20 matches across all competitions this season, an eye-catching sequence that coincides with a staggering 16 clean sheets.

Inconsistency has dented Rangers' bid for domestic honours in recent years, however, there is no room for error this season with fierce rivals Celtic desperately craving a historic tenth-consecutive Scottish Premiership crown.

Last time out the Light Blues maintained their nine-point lead at the summit when hitting hapless Hamilton Accies for eight – the Gers biggest win of Gerrard era to date – but the Glasgow giants can expect a tougher test when Aberdeen come to town on Sunday.

The Dons themselves are in decent form having made their second-strongest start to a season in two decades and they demonstrated their big-game mettle when putting a dent in Celtic's pursuit of 10 in a row during a pulsating 3-3 draw at Pittodrie last month.

Moreover, Derek McInnes' men have proved to be a thorn in the side of Gerrard's Gers in recent seasons and they will head south high in confidence after overcoming Hibernian, leapfrogging the capital club into third place in the Scottish Premiership with a 2-0 success.

Red-hot Rangers put their unbeaten record on the line on Sunday but a Teddy Bears triumph is odds-on at 1/3 with Bet 365.

Aberdeen have taken a point from two of their last three tussles with Rangers but a repeat on Sunday is priced up at 4/1 with William Hill, while an Aberdeen victory is a whopping a 17/2 with the same firm.

Aberdeen battled to a 0-0 draw when they last visited this venue and I suspect Dandies boss McInnes will set out to frustrate Rangers with a replica of that defensive blueprint this weekend.

With that in mind, coupled with the fact that Rangers' lean backline have racked up 12 clean sheets across their 14 Scottish top-flight tussles this term, another low-scoring affair could be in store on Sunday.

Backing Rangers to win and under 4.5 match goals looks slightly short at 4/7 with Bet 365 and therefore I'm going to turn towards the Bet Builder feature where I like the look of  the 4/5 on offer for Rangers to win, under five match goals and over four Rangers corners.

10 of Rangers 12 league wins this season have featured less than five goals and I fancy a repeat this weekend on afternoon where the Dons could revert to the dark arts when trying to tame the Teddy Bears top-heavy attack.

That line of thought is also going to see me recommend another 4/5 (Bet 365) Bet Builder by combining over one Rangers goal alongside over one Aberdeen card – a combination that has clicked in three of Rangers last four league games.

When digging slightly deeper it can be seen that the Ibrox side have scored at least two goals in seven of their eight home matches this term and it's also worth noting that Aberdeen have racked up two or more bookings in each of their last 11 bouts with Gerrard's Gers.

I'll also dip into the penalty market and have a small play on referee Nick Walsh pointing towards the penalty spot on Sunday, a 5/2 shot with Bet 365

Five penalties have been taken across seven of the last Scottish Premiership showdowns between these two rivals and both sides sit first and second (Aberdeen 6, Rangers 5) in the penalties received standings this season, and that only adds to the appeal of siding with a repeat on Sunday.

This Scottish Premiership match between Rangers and Aberdeen will be played on Nov 22, 2020 and kick off at 12:00. Check below for our tipsters best Rangers vs Aberdeen prediction. You may also visit our dedicated betting previews section for the most up to date previews.