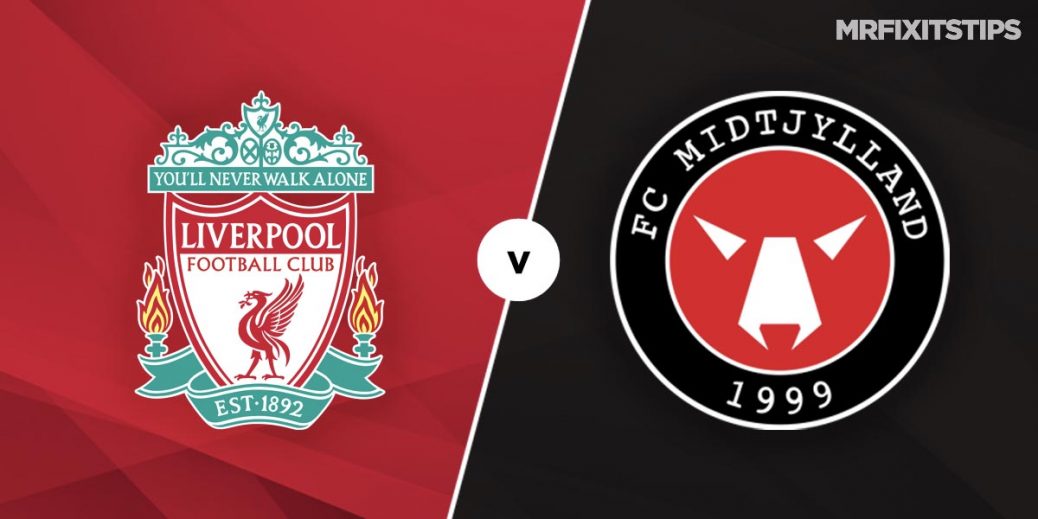 LIVERPOOL haven't looked their fluid best this season but they will be looking to make it three wins on the spin when they meet FC Midtjylland at Anfield on Tuesday night.

The Reds were recently on the receiving end of one of the biggest upsets in Premier League history when crashing to a 7-2 defeat away at Aston Villa, however, Jurgen Klopp's champs have responded well since that manic night in the Midlands.

A breathtaking 2-2 draw with fierce rivals Everton was followed by closely-fought back-to-back wins against Ajax and Sheffield United.

Next up for the reigning Premier League champions is a Merseyside meeting with Midtjylland, a club who are dining at Europe's top table for the first time in their history.

The Danish Superliga side endured a Champions League baptism of fire last midweek after being thumped 4-0 at home to Atalanta.

With the other two clubs in the group being European heavyweights Ajax and Liverpool, Brian Priske's minnows are fully expected to prop up this section given the superior opposition they have placed alongside.

Liverpool have avoided defeat in 17 of their last 18 Champions League home matches and the Reds are heavily fancied to triumph on Tuesday night at 1/7 with Betfred.

FC Midtjylland are massive underdogs at a whopping 29/1 with UniBet, while the draw is also deemed unlikely at 9/1 with the same bookmaker.

What's more, with fixtures coming thick and fast, Liverpool boss Klopp could well ring the changes for what looks like a Champions League mismatch

Whether or not the Reds chief shuffles his pack remains to be seen, but if so I still fully expect Liverpool to have too much for the Danish visitors who look likely to finish fourth in this section.

In search of some value I'm going to delve into Bet 365‘s Bet Builder where I'm going to combine Liverpool half time/full time, over one match goal, over three Liverpool corners and at least one Midtjylland booking.

Taking this approach will give us a backable 4/5 shot and I think that could represent a small bit of value here given that it's a combination that clicked during the Reds recent Premier League meeting with Arsenal at Anfield, along with both of my recommended bets.

The Danes were brilliantly dismantled by Atalanta last midweek and this fixture could represent a good chance for the Reds to restore some confidence .

That line of thought could also see value lie with a match combo special on offer with 888Sport at 23/20, namely, Liverpool to win, Liverpool most corners and Midtjylland to receive the most cards.

The above-mentioned betting angle would have banked profit during Liverpool's 2-1 win over Sheffield United last time out and a repeat here at odds-against when faced with what is arguably inferior opposition looks like a nice way of trying to squeeze some value out of a home success.

This UEFA Champions League match between Liverpool and FC Midtjylland will be played on Oct 27, 2020 and kick off at 20:00. Check below for our tipsters best Liverpool vs FC Midtjylland prediction. You may also visit our dedicated betting previews section for the most up to date previews.