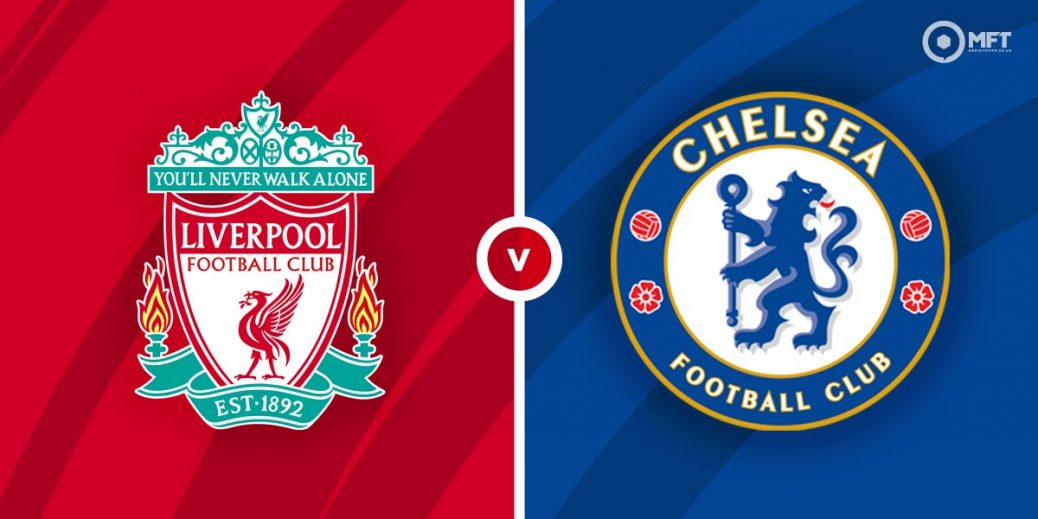 LIVERPOOL and Chelsea will look to showcase their top-four credentials when locking horns at Anfield on Thursday night.

The race for Champions League qualification could hardly be tighter and these two big-hitters are among those in danger of missing out on a top-four berth.

Having said that, Liverpool halted their alarming slide down the Premier League table with a 2-0 win at Sheffield United on Sunday, on a night where my recommended Bet Builder banked.

That was just the tonic for Jurgen Klopp's Reds as it brought an end to a wretched recent run of four consecutive Premier League defeats.

Chelsea, meanwhile, are experiencing the famous new manager bounce – the Blues are unbeaten in nine matches since Thomas Tuchel took charge of the capital club.

Last time out the west Londoners played out a drab 0-0 draw with Manchester United, a result that sees the Stamford Bridge outfit head into this showdown sitting just one place and one point above Liverpool in the Premier League standings.

Liverpool have lost each of their last four Premier League matches at Anfield but the hosts are 5/4 (TonyBet) favourites on Thursday night.

Chelsea have avoided defeat in each of their last seven Premier League matches but the Blues are the outsiders here at 11/5 with UniBet and that stalemate pays 13/5 with the same firm.

Goals have been in short supply in tussles involving the “traditional top-six” this term and I suspect another low-scoring affair could be in-store at Anfield on Thursday night.

Under 2.5 match goals will attract plenty of attention at even-money (1/1) with BetVictor but I'll get a bit more creative and head to the Bet Builder market.

Five of Liverpool's last six home matches have featured fewer than three goals, while under 2.5 goals backers would have been rewarded in eight of Chelsea's last nine league matches.

What's more, Chelsea have chalked up seven clean sheets in nine matches under Tuchel's tutelage and that only adds to the appeal of opposing goals in Merseyside this midweek.

However, I do fancy the Blues to make the net bulge at least once when faced with a leaky Liverpool backline that have bagged just one clean sheet in their last seven matches at Anfield.

Indeed, Chelsea haven't clicked in attack since Tuchel took the reins at Stamford Bridge, but the new Blues boss has some serious firepower at his disposal and they should have the tools to trouble what is a ropey Reds rearguard.

I'll complete the Bet Builder with over zero Chelsea cards – the Blues have collected at least one caution in each of their last eight Premier League road trips and a visit to Anfield looks like an upgrade on all of those previous away-day assignments.

I'll also dip into the player card market and take the 10/3 on offer with BetVictor for Liverpool defender Ozan Kabak to receive a card.

The Turkish centre-half has already clocked up three cards in four outings for Liverpool since making the switch from struggling Schalke in January and he is a tempting play at the above-mentioned price to go into the book again on Thursday night.

This English Premier League match between Liverpool and Chelsea will be played on Mar 4, 2021 and kick off at 20:15. Check below for our tipsters best Liverpool vs Chelsea prediction. You may also visit our dedicated betting previews section for the most up to date previews.