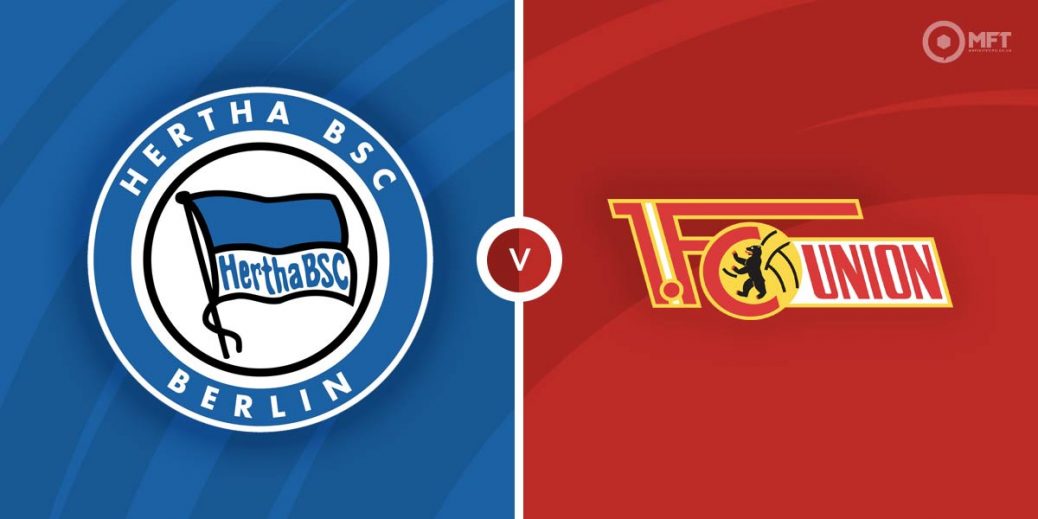 Hertha Berlin host local rivals Union Berlin in a Bundesliga fixture on Saturday with both teams battling at different ends of the table. Hertha are in desperate need of a win to boost their survival hopes while Union are vying for a place in Europe next season.

It has not been the best campaign for Union Berlin who are in a battle for survival at the moment. They are currently second from bottom but still have hopes of survival, sitting just one point from safety.

Hertha Berlin head into Saturday’s clash off the back of a 2-1 defeat to Bayer Leverkusen in their previous fixture with Vladimir Darida getting their goal. That result means Felix Magath’s men have claimed just one win from their last 16 Bundesliga matches.

Union Berlin are coming off a 1-0 home victory over Cologne in their previous Bundesliga fixture. They were made to work hard by their visitors with Taiwo Awoniyi’s effort just after the break proving to be the difference.

It was a much-needed result for Union Berlin as it ended a run of three Bundesliga matches without a win. It also revived their hopes of a European finish as they are now three points behind sixth placed Hoffenheim.

One problem for Union Berlin ahead of Saturday’s derby is a poor record on the road. Urs Fischer’s men have lost their last four away matches and were beaten 4-0 by Bayern Munich in their previous fixture.

The bookies appear be split on this one with a win for Hertha Berlin priced at 19/10 by SBK, who are also offering odds of 32/19 for a Union Berlin victory. A draw is set at odds of 9/4 by BetVictor.

Union Berlin often come out on top in this fixture and have already beaten Hertha Berlin twice this season. They claimed a 2-0 victory in the reverse fixture before running out 3-2 winners in the DFB Pokal back in January.

Hertha Berlin have not been particularly prolific this season but Stevan Jovetic often carries their attacking threat. The striker has six Bundesliga goals this term and is priced at 21/10 by bet365 to get on the score sheet on Friday.

Taiwo Awoniyi will be the one to watch for Union Berlin as he looks to add to his 12 Bundesliga goals this season. The striker was also on target in the reverse fixture and is priced at 9/4 by Paddy Power to once again get on the score sheet.

There are often goals in this fixture and with the last three meetings at the Olympiastadion Berlin producing over 3.5 goals, a repeat could be on the cards at 10/3 with BetVictor. Over 2.5 goals could also be considered at 6/5 with bet365.

Union Berlin have opened the scoring in their last three matches with Hertha Berlin and could be tipped to grab the first goal on Saturday at 21/20 with Coral.

This German Bundesliga match between Hertha Berlin and Union Berlin will be played on Apr 9, 2022 and kick off at 17:30. Check below for our tipsters best Hertha Berlin vs Union Berlin prediction. You may also visit our dedicated betting previews section for the most up to date previews.