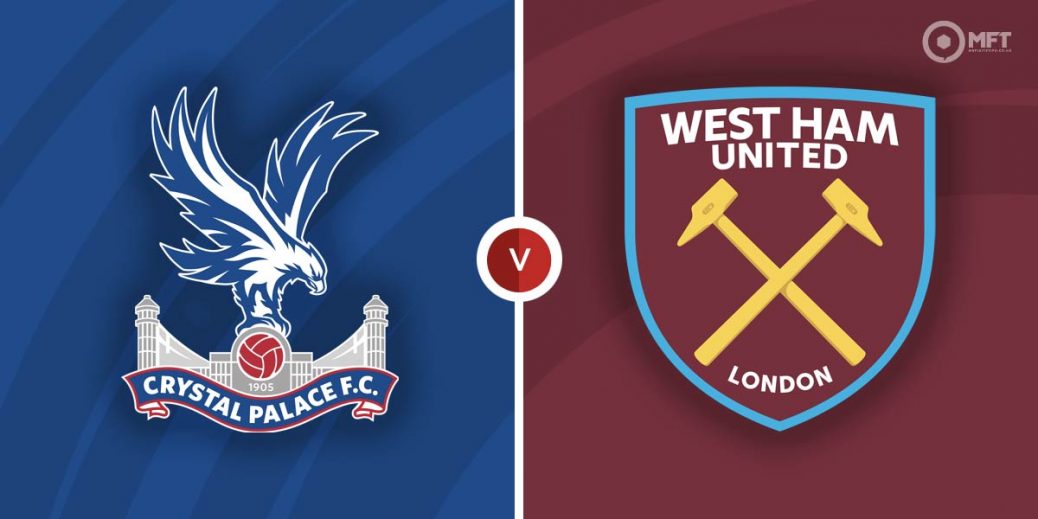 CRYSTAL PALACE and West Ham will both be aiming to build on midweek victories in the Premier League when they lock horns at Selhurst Park on New Year's Day.

The Eagles bounced back from a bruising 3-0 Boxing Day defeat at Tottenham with a comfortable 3-0 win over basement club Norwich last time out.

That triumph moved Patrick Viera's side up into 11th position in the Premier League table, just two points behind eight-placed Wolves.

Palace will continue their quest to climb up the top flight standings when London neighbours West Ham make the short trip across the city on Saturday evening.

David Moyes' men snapped a miserable run of results with a well-deserved 4-1 win over relegation-threatened Watford on Tuesday afternoon.

That Vicarage Road victory saw the Hammers climb back into the top-five of the Premier League table, but the visitors will know a tougher test awaits them in South London this weekend.

Crystal Palace, who have avoided defeat in nine of their 10 Premier League home matches this season, enter this contest as 28/13 (SBK) outsiders

August's reverse fixture ended all-square and another stalemate here can be backed at 5/2 (SBK) while a West Ham win is trading at 13/10 (SBK).

Goals are usually on the agenda when either of these teams are involved and there is plenty of scope for a repeat here with Over 2.5 Goals appealing at 19/20 (10Bet).

The Eagles have improved dramatically when it comes to their attacking output this season, with each of Palace's last four home games featuring three or more goals.

What's more, Patrick Viera's side have notched up two or more strikes in 53% of their top flight fixtures this season so far – a tally only topped by Premier league titans Chelsea, Liverpool and Man City.

West Ham, meanwhile, have entertained Premier League crowds all season, with both teams getting on the scoresheet in a joint league-high 13 of the Irons' top flight outings this term to date.

Backing both teams to oblige during this all-London affair looks too short to side with at general 4/6, but given that neither defence is watertight and each side is capable in attack, siding with Over 2.5 Goals at a shade under even-money looks like a nice alternative.

Overs has copped in 24 of the pair's collective 38 Premier League matches this season, so with all things considered, I'm happy to snap up the 19/20 (10Bet) quote about both teams combining for three or more strikes during this showdown.

I'll also dip into the player card market and have a nibble on the 9/2 on offer with Bet 365 for West Ham right-back Vladimír Coufal to be carded.

The Czech Republic international, who has accumulated two yellows and one red card across his last five Premier League appearances, should have his hands full with tricky Crystal Palace talisman Wilfred Zaha on Saturday evening.

This English Premier League match between Crystal Palace and West Ham will be played on Jan 1, 2022 and kick off at 17:30. Check below for our tipsters best Crystal Palace vs West Ham prediction. You may also visit our dedicated betting previews section for the most up to date previews.