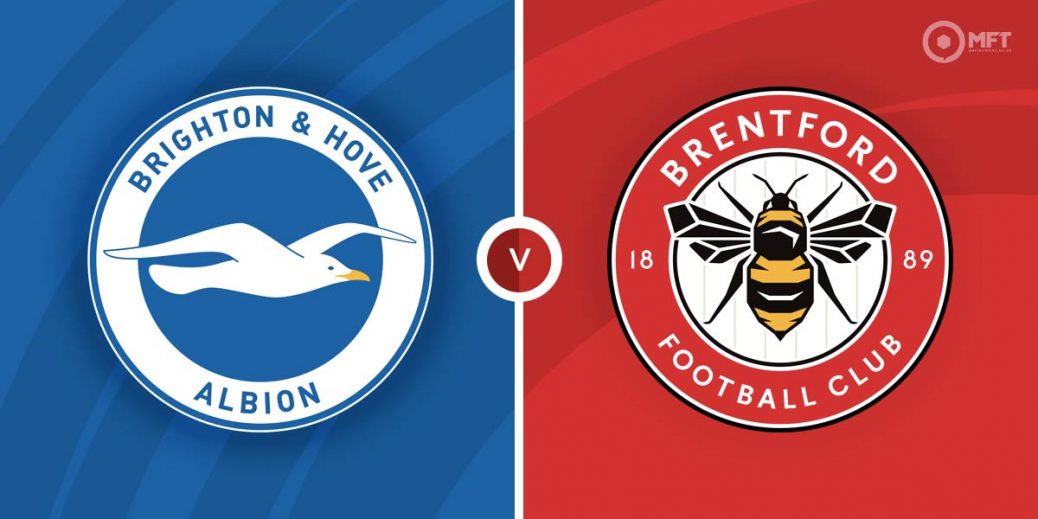 BRIGHTON will be bidding to return to winning ways in the Premier League when they square off with Brentford at the Amex Stadium on Boxing Day.

With their dismal winless streak in the top flight now standing at 11 matches, the Seagulls find themselves down in 13th place in the standings.

As such, a reasonably positive start to the season is now a distant memory for Graham Potter's posse who will be desperate to put the brakes on their nosedive down the table.

Brighton suffered a disappointing 1-0 defeat at home to Wolves last time out and Brentford's visit to the south coast is unlikely to provide the hosts with any respite.

Thomas Frank's team have adapted well to life in the Premier League, with the Bees thriving in their first season in the top tier of English football.

Brentford have won five, drawn five and lost six of their 16 top flight tussles this term to bank 20 points, the most recent of which came courtesy of a 2-1 victory over Watford, in a game which brought up my BTTS selection.

Despite failing to win a Premier League game since September, Brighton enter this Boxing Day dust-up as 66/67 (SBK) favourites.

Brentford, who have lost only two of their eight top flight road trips this term, head into this clash as 16/5 (SBK) outsiders while a point apiece has been priced up at 40/17 (SBK).

This feels like a tricky fixture to tackle from a 1×2 perspective, but combining a Brentford goal with over three Brighton corners looks like an appealing Bet Builder at 4/5 (Bet 365).

Brentford have proved more than capable of holding their own in the Premier League after achieving promotion from the Championship earlier this year, with Thomas Frank's troops striking in 12 of their opening 16 contests of the campaign.

In fact, the newly-promoted Bees have made the net bulge at least twice in seven of those matches, a sample that includes a minimum of two goals in 50% of their top flight road trips to date.

With that in mind, coupled with the fact that Brighton's backline have bagged just one clean sheet across their last eight league games, I'll happily back the capital guests to get on the scoresheet.

Given that a possession-based style of play has been paramount under Graham Potter's watchful eye since he moved to Brighton in 2019, I'll complete the 4/5 (Bet 365) Bet Builder by backing the hosts to hit over three corners during this festive fixture.

The Seagulls, who will look to dictate the tempo of the game, are earning 5.06 corners per-game this season, a tally that increases to 5.63 when operating at their East Sussex headquarters.

Brentford have also found clean sheets hard to come by this season, with the West Londoners posting just four shutouts in 16 attempts, only one of which was achieved across their last 11 Premier League games.

What's more, the Bees have seen Both Teams To Score bank in eight matches from that batch of 11 fixtures, so the same wager could also be worth considering on Boxing Day at even-money (1/1) with SBK.

This English Premier League match between Brighton and Brentford will be played on Dec 26, 2021 and kick off at 20:00. Check below for our tipsters best Brighton vs Brentford prediction. You may also visit our dedicated betting previews section for the most up to date previews.