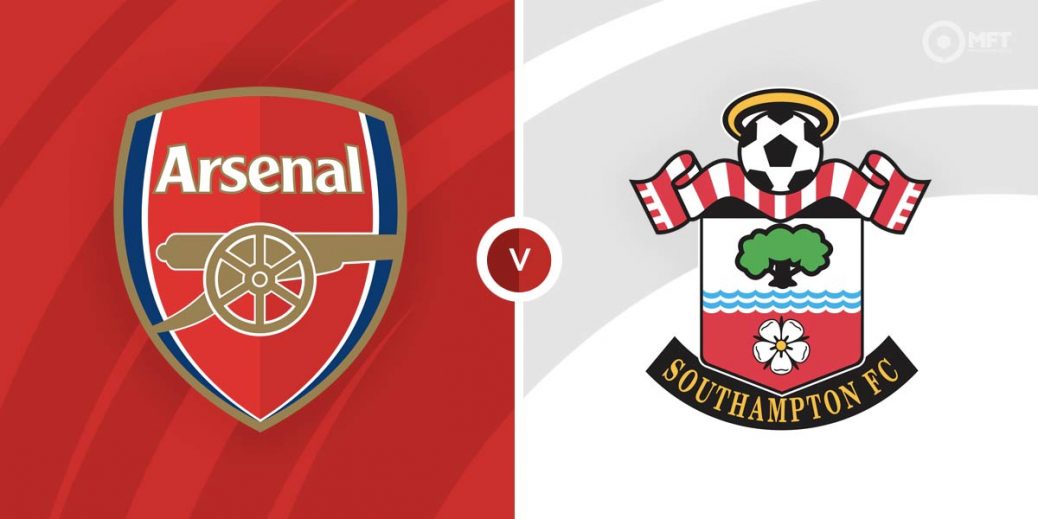 ARSENAL will be looking to get their Premier League top-four bid back on track on Saturday afternoon when they welcome Southampton to the Emirates.

The Gunners' rollercoaster campaign has somewhat derailed in recent weeks, with the Londoners losing three of their last four league games.

A late collapse at Everton on Monday night, in a game which brought up my Goodison Park pick, has seen Arsenal drop down to seventh place in the standings.

Prior to their bumpy patch of form, Mikel Arteta's men had enjoyed a ten-match unbeaten run across all competitions, so they will be keen to arrest their mini-slump when Southampton come calling.

The Saints have struggled for consistency this season, with that being the main reason why they are sat in 16th place, six points above the drop zone.

Failure to convert draws into wins has been the downfall of Ralph Hasenhüttl's team this term, with their latest stalemate coming in a 1-1 draw with Brighton last Saturday.

Arsenal, who have failed to win their last two Premier League home matches against Southampton, enter this contest as odds-on 9/13 (SBK) favourites.

Southampton have triumphed in just one of their last 11 top-flight road trips and that is reflected in the bookies odds, with the Saints the 23/5 (SBK) outsiders while the draw is unfancied 3/1 (SBK).

Arsenal are too short to side with at the above-mentioned quote but we can get some 20/21 (Bet 365) by combining a Gunners success in a game that features fewer than five match goals and that looks like a worthy boost in price.

Mikel Arteta's team have produced the majority of their best work at their Emirates base this season, with the capital club unbeaten in their last six league games at home, winning five matches from that sample.

That said, the Gunners rarely blow their opponents away, with each of those five aforementioned home wins all going below the 4.5 goal barrier.

In fact, the above-mentioned combination has clicked in all seven of Arsenal's Premier League victories this season so far.

Southampton, on the other hand, boast an away record that is among the worst in the English top flight, posting only one win and scoring just six goals – so confidence when out on their travels is particularly shaky.

What's more, each of Southampton's five Premier League defeats this season have featured four goals or fewer, so with all things considered, I'm more than happy to merge an Arsenal win and under five match goals in North London this weekend.

I'll also dip into the anytime goalscorer market and have a play on Arsenal skipper Pierre-Emerick Aubameyang to get on the scoresheet at 7/5 with SportNation.

The Gabonese goal getter has notched in four of his last six Premier League appearances at the Emirates and he looks nicely priced to repeat the trick against a Southampton backline that is not exactly renowned for being watertight.

This English Premier League match between Arsenal and Southampton will be played on Dec 11, 2021 and kick off at 15:00. Check below for our tipsters best Arsenal vs Southampton prediction. You may also visit our dedicated betting previews section for the most up to date previews.