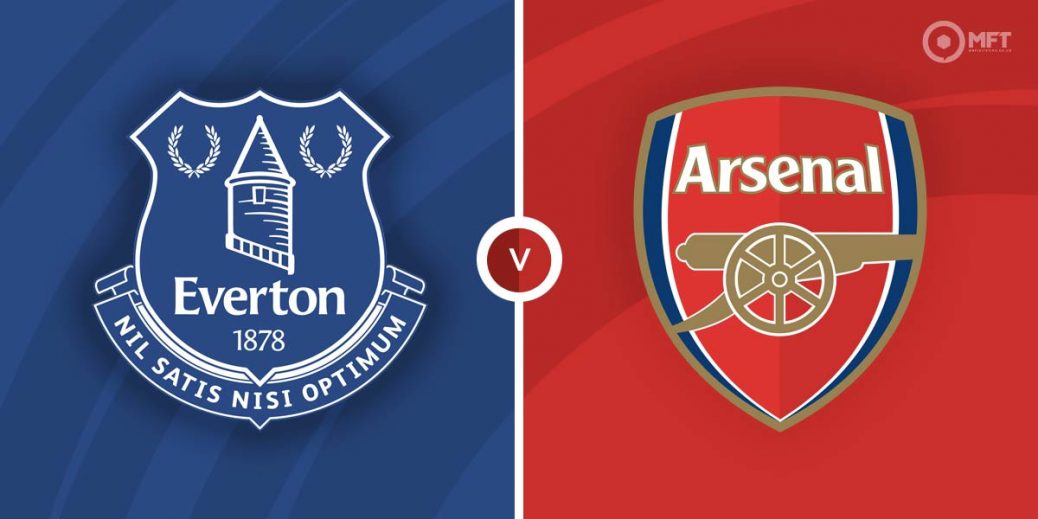 EVERTON and Arsenal will both be aiming to return to winning ways during Monday night's Premier League match at Goodison Park.

The Toffees went down 4-1 to fierce rivals Liverpool last time out, a bruising setback that has left Rafa Benitez feeling more pressure than ever as Blues boss.

That Merseyside derby mauling means Everton are winless in their last eight Premier League matches, slumping to defeat in no fewer than six of those contests.

As such, Benitez's 15th-placed hosts are now only five points above the relegation zone going into their clash with Arsenal on Monday night.

The Gunners still have a long way to go before getting back amongst the Premier League elite, but Mikel Arteta appears to have his side moving in the right direction

While their solid start to the season serves as reason for optimism, Arsenal have lost two of their last three league games, the most recent of which came against Manchester United on Thursday night.

Everton have avoided defeat in four of their last five home matches with Arsenal but the Blues head into this bout as 12/5 (SBK) underdogs while the draw is an unfancied 5/2 (SBK) with the same bookmaker.

Arsenal, who have triumphed in just two of their seven top flight road trips this term, are 22/19 (SBK) favourites to topple the Toffees on Monday night.

It's difficult to have much faith in either team here so I'm going to steer clear of the outright betting and instead combine 3+ corners each team, each team to receive a card and over two match cards at 4/5 with Bet 365.

Out-of-sorts Everton are earning a lowly 3.93 corners per-games this season, but that tally increases to 4.71 at their Goodison Park base, with Benitez's boys hitting the 3+ line in each of their seven home games so far.

Arsenal, meanwhile, have proven more prominent than their opponents in the corner rankings this term, with the capital club posting a five flasgkick per 90 average.

With both teams needing points for different reasons, I'm happy to side with three corners apiece here and completing the combination with each side to receive a card and over two match cards looks like a nice way to nudge up the price.

The Toffees are averaging two yellows per outing this season, while their London guests are seeing 1.38 bookings per-game, not to mention Mike Dean has been selected to take charge of this televised tussle.

The Wirral-born whistler, who has a reputation for being card-happy, has awarded both teams at least one booking in seven of his nine top-flight outings this season.

What's more, the experienced Premier League referee has dished out four or more cards in five of those aforementioned nine assignments and he could be kept busy here in what should be a closely-fought contest under the Merseyside lights.

It's also worth noting the aforementioned combination has clicked in three of the pair's last four Premier League contests and that only adds to the appeal of supporting the same 4/5 (Bet 365) formula at Goodison Park on Monday night.

This English Premier League match between Everton and Arsenal will be played on Dec 6, 2021 and kick off at 20:00. Check below for our tipsters best Everton vs Arsenal prediction. You may also visit our dedicated betting previews section for the most up to date previews.