Football Tips: City Out to Give Reds the Blues

Home Football Tips: City Out to Give Reds the Blues 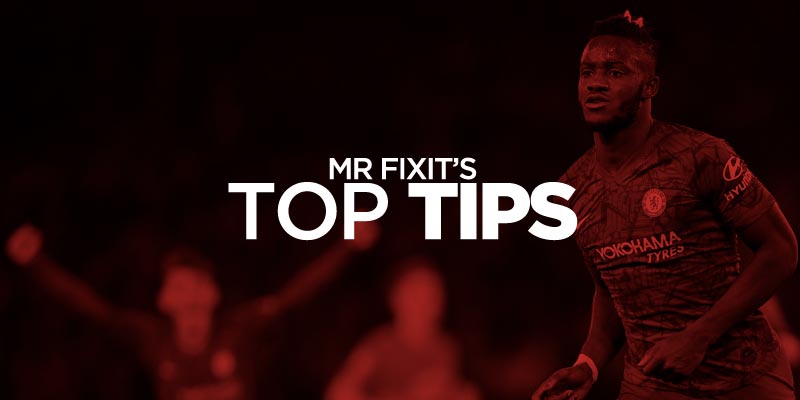 Premier League matches are coming thick and fast these days and there's another three on the way on Thursday night.

Chelsea v Man City (8.15pm) takes centre stage and anything other than an away win will secure Liverpool's first league championship win for 30 years.

It's been a desperately long wait for the Anfield faithful and they must be torn between wanting the title wrapped as soon as possible (i.e. tonight) or waiting to see it won by their magnificent squad ON the pitch, which would mean they'd need to wait another seven days for their next match; ironically away to Man City on June 2nd.

Either way, the champagne corks will be flying from Merseysdie to Melbourne as Reds fans across the world, including our very won Maccathered, hail their team when the league is won.

Pep Guardiola has intimated that his most important match of the week is City's FA Cup tie at Newcastle on Sunday so it's worth keeping an eye on their starting XI at Stamford Bridge after he made eight changes earlier in week for their 5-0 win over Burnley.

Check out our match previews for that and the other two Premier League matches on Thursday;

Punters have been cashing in on the spate of slow starts to Premier League matches since it returned. Of the 19 games to date, 12 have failed to see a first-half goal scored. Colin Green got it right with his Lucky15 and there'll be plenty jumping on the bandwagon across the weekend.

Should have just done a treble but every little helps pic.twitter.com/ZHlvSWvZHS

There were plenty of winners among the comments yesterday and it was great to see MrFixit contribute with his own winning double from his sickbed. Well done to all of Wednesday's winner.

The VIP Bet of the Day was one goal short of a winning return at 7-5. The Over 2.5 Goals Double was undone by Wolfsberger who only managed a 2-0 over Graz. Keep an eye out for Thursday Bet of the Day.

Thommo couldn't do any better than two second places at Hamilton Park. Today he's hoping to get a tune out of Solo Saxophone at Haydock, one of a pair of tips for Thursday's racing.

Keep and eye out for tips from MrFixit in the comments section. Best of luck for your bets on Thursday!