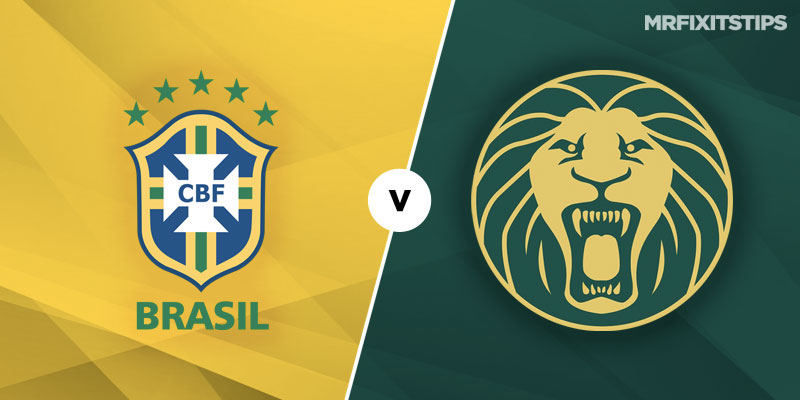 BRAZIL'S superstars are in for a culture shock as they swap the Copacabana for Stadium MK in Milton Keynes in this not-so-glamorous friendly.

It's a step down from Wembley where Neymar and Co saw off Uruguay 1-0 on Friday night but the result should be business as usual for Tite's side.

They conceded just one goal in four World Cup games this summer before crashing out in the last eight with a 2-1 loss to Belgium.

And they've been rock solid since with five straight friendly victories without conceding, including a 1-0 win over fierce rivals Argentina.

With the Copa America looming next year the Brazilians are stepping up preparations and they don't mess about in friendlies – they've kept a clean sheet in 10 in a row and won nine of them, the exception being a 0-0 draw with England a year ago.

Tite will shuffle his pack tonight and Everton's Richarlison is expected to start up front. Even if Neymar is given a rest, there's no lack of talent in the Samba squad. From Ederson or Alisson in goal to Marquinhos in defence to new Barcelona breakthrough star Arthur in midfield and Chelsea's Willian up front, they're loaded with class acts.

Since making his international debut in September Richarlison has racked up five caps. Only one of those was from the start and he marked the occasion with a double against Saudi Arabia.

The hitman has impressed with six goals in 11 games for Everton this season and will be keen to make his mark on English turf for his homeland. He's 5-4 at bet365 to get on the scoresheet but add a Brazil win to the mix and it's 11-8.

Cameroon are managed by Clarence Seedorf but since taking charge in August his reign has barely flickered into life. They've played four Africa Cup of Nations with the former Milan midfielder at the helm, winning just one and failing to score in the last two.

They should avoid a tanking against a Brazlian side who may take time to acclimatise to the strange surroundings of Milton Keynes on a baltic Tuesday night.