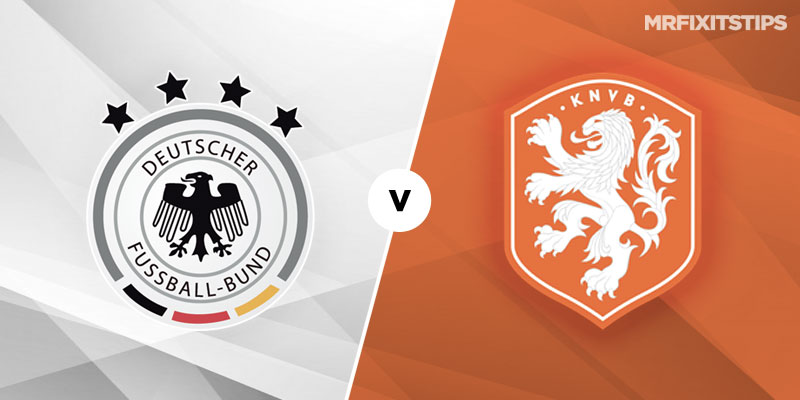 THERE'S no love lost between these two countries and this showdown in Schalke won't be lacking in passion.

The Germans are already relegated from the top tier but still have something at stake as the team with the worst record in League A will drop into the second seedings for Euro qualifying.

Die Mannschaft also on a revenge mission after being trounced 3-0 in Amsterdam last month. It's been a dismal campaign for Joachim Low's side with just one point from three games, following on from their disastrous World Cup showing.

In contrast Holland continue to impress under Ronald Koeman and are fresh from Friday night's 2-0 scalping of world champs France.

That was a hugely promising performance and they now need a point tonight to beat Les Bleus to top spot and a place in the final four.

The Dutch have only drawn a blank in one of their last 15 games and their pacy attacking players can have some joy against a German backline that's been creaking recently.

As well as beating the Germans, Holland have avoided defeat against big hitters France, Belgium, Italy and Portugal this year and attract at evens with Boylesports in the double chance market against an outfit who've failed to win four of six.

Romanian ref Ovidiu Alin Hategan is averaging 3.8 cards a game from the nine matches he's taken charge of this season so we should see a few bookings in this grudge match.

The corner count also has a fair chance of hitting double figures – the Amsterdam meeting had 16. Germany had 12 that night and in their other recent matches it's been eight, eight, seven and 10.