Super Bowl 54 – A Look at the Best Player Props Bets 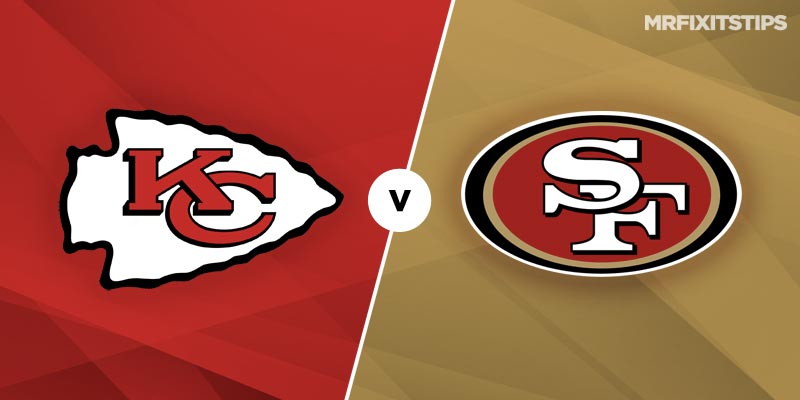 Hopefully, you've read my Super Bowl Preview and my thoughts on who's going to win the game, I'll be honest, still not entirely sure, it's really going to be a coin flip game (talking of which you can get Evens on heads or tails at William Hill on the coin toss)

On that post I promised to do a quick look into player props, there's a ridiculous 680 markets on 888, so there's rather a lot to go through. In general, I've stuck to the markets which are available every week, Yardage, TD scorer, receptions… the usual. But you can bet on 1st catch distance, yards in the 1st quarter, yards in the first half, interceptions were thrown, interceptions made, for the Quarterbacks you've got completion percentage, passer rating… basically, if you think you've got something you can get on it.

I had a decent look through it all last night, and I'll post my favourite few here.

The two best tight ends in the league face off against each in this one, with Kittle on the 49ers side and Kelce on the Chiefs, but it's the 49ers man that I'm concentrating on for this bet. He was ranked the #1 run-blocking tight end in the league and showed that in their last match against the Packers, but the Chiefs are going to be aware of that and I'm hoping they'll be able to stop it.

The Chiefs, however, aren't great at restricting catches to tight ends giving up the 5th most yards to the position in the regular season. Kittle should bring in a few catches and his run after catch ability is up there with the best in the league as well. This line is lower than everywhere else, as high as 77 in places, so I like it.

The Chiefs ground game isn't exactly stellar, Patrick Mahomes actually leads the team in rushing yards in this playoffs, but they do move the ball well through the running backs with short passes and Williams is adept at catching the ball out of the backfield with 7 receptions for 65 yards in the post-season so far.

He had 6 targets in each game, 2 and 5 receptions in the two of them.

The 49ers have a great pass rush and against teams like that, you see a lot of quick passes to the RB to get the ball out of the QB's hands quickly to negate the opposition.

I've got to get something on Mecole but it's deciding which market to take, there's o10.5 for his first reception, o22.5 for his yards, or over 1.5 receptions, and his TD price is tempting as well… But I plumped for the receptions market. No doubt it will be the only one that doesn't land now I've written it down.

The numbers from the season don't exactly support this bet, so call it a hunch. Tyreek Hill is the main man for the Chiefs with his pace down the field, Kelce the main pass catcher but the 49ers are good vs the TE.

Sammy Watkins has done well in the playoffs… then Demarcus Robinson basically share snaps at WR3. I think (and have thought for a couple of weeks) that Mecole is due a few catches.

Bet 4: Potential for a big return…

You don't get a whole lot of kick returns during the season but 20/1 for me it too high to turn down. He doesn't get involved much in the passing game, but the odd time he does it's usually for a big gain so there's a slight chance James gets free in normal play as well.

Not a lot to talk about here really. It's very likely to be the QB. If the Chiefs win there's probably a 95% chance it's going to Patrick Mahomes (2.15 on 888) so if you like the Chiefs you're probably better off backing him for MVP than the Moneyline/spread.

If the 49ers win it's a little more complicated as we've seen through the playoffs there's a chance they only throw 15 passes in the game and rely on the run game. I don't think the game will allow that, but there's a chance of a hit.

The thing there is that Coleman is likely to play which means they may well split the carries which hurts both him and Mostert.

A couple of big priced guys… surprise surprise – Mecole – 100/1 – There's a story where he has some big returns, maybe a TD in a low scoring game… and the other side of the ball – Deforest Buckner has a good matchup and is 125/1 on 365 and Ladbrokes –

Again you need a narrative – It's a low scoring game, Buckner gets through for 3 sacks, a fumble recovery and a defensive TD – Very unlikely, but people like big priced stabs in the dark.

So there you have it, the last content from me for the year. Thanks for reading through the season and hopefully we'll have a cracking game tonight.

Check out my Super Bowl Preview – Check out the amazing Super Bowl Offer that MrFixit has for you at Ladbrokes – Check out more of my work at TDTips.com especially the Novelty punts post for the crazy Coin toss, Anthem, Half time show bets!