Sunday’s Football Tips: Bet Reds to be Quick Out the Traps

Home Sunday’s Football Tips: Bet Reds to be Quick Out the Traps 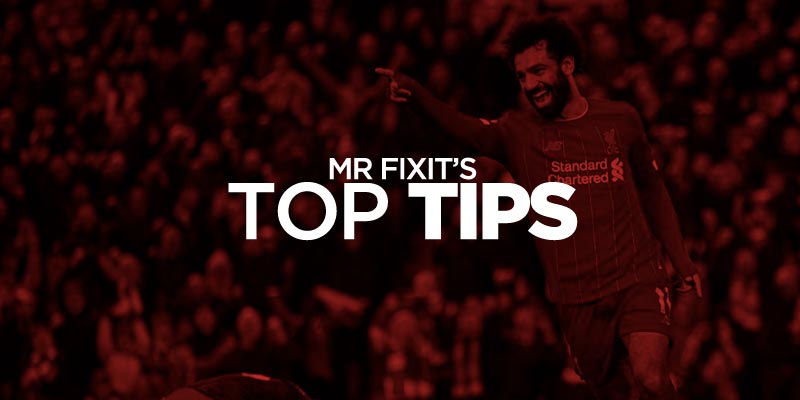 LIVERPOOL have the chance to open up a five point gap on the chasing pack on Sunday when they welcome second-bottom West Brom to Anfield.

Spurs are the only other of those top nine sides in action on Sunday and a win at Wolves could see them leap from eighth to fourth. Completing the line-up on Sunday is Leeds v Burnley and West Ham v Brighton.

There's also a smattering of matches around the world but matches are thin on the ground so tread carefully.

Well done to all of Saturday's winners, Chelsea's defeat at the Emirates downed my Treble – such is the nature of this season's Premier League.

At 1/8 Liverpool are about as short as they'll be all season on Sunday so you'll need to be quite creative to get them onside. I like to looks to Shots or Shots on Target markets when I expect teams to have the lion's share of possession but Bet365 have the lines set a little higher than I'd have liked for the Reds at Over 18.5 (11/10) and Over 8/5 (5/4) respectively.

Alternatively, six out of seven of Liverpool's home matches this season have seen over 1.5 first half goals and that could be a way of getting value out a Liverpool goals bet at 10/11.

Leeds United have been the great entertainers of the Premier League with 54 goals scored in their 14 games so far. In complete contrast Burnley have scored just eight and total 27 in their 13 to date. Goalscoring has clearly been a problem for Burnley and it's Leeds' greater firepower that makes 7/10 on the home win just about justifiable but the way things are going in the Premier League this season I'm loathe to side with anyone!

Instead I'm going to home in on Patrick Bamford. The striker has enjoyed a great start to the season, scoring 9 goals already. His 45 shots in 14 games gives him an average of 3.21 per matche and a shoot accuracy of 53% means he hits 1.7 on target per match. He's 5/6 to have Over 1.5 on target with Bet365 against a Burnley side who concede just over 5.08 shots-on-target per match.

Finally, in Belgium Genk have been flying of late, winning nine of their last 10 and scoring 15 in their last five. At home to Wass-Beveren they should record a comfortable win against the side with the worst defensive record in the league. They're around the 1/2 mark to win but add in Over 2.5 goals to boost the odds to 7/10.

As ever, please lets hear your tips in the comments section below.

*Please note, our hosting company appears to be experiencing some issues at the moment which means some comments are being placed in moderation, meaning we have to manually approve them, which we will endeavour to do as quickly as possible.