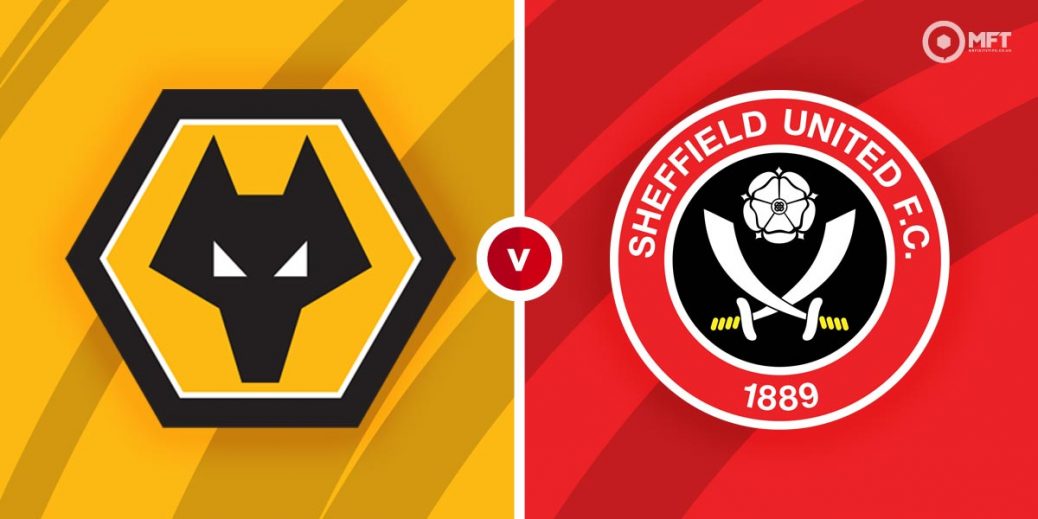 SHEFFIELD UNITED's Premier League fate is almost sealed and their relegation to the Championship could be rubber stamped at Wolves on Saturday night.

The Blades recent performances have bared all the hallmarks of a team that looked resigned to second-tier football next season.

Sheffield United's 3-0 loss at home to Arsenal last weekend was their 25th of a truly desperate campaign and it also inched them closer to the top-flight trapdoor.

Wolves, on the other hand, killed off any threat of being dragged into the relegation dogfight with a last-gasp 1-0 win at Fulham last Friday, on a night where my recommended Bet Builder landed.

That Craven Cottage triumph propelled the Old Gold up to 12 place in the Premier League table, with Nuno Espirito Santo's side now boasting a 12 point buffer over the bottom-three.

What all that means though is that Wolves, with seven rounds of fixtures left to play, are pretty much in no man's land, having eased any relegation fears, while a European berth looks out of reach

Wolves have lost each of their last two home matches but the hosts are heavily fancied here at 4/6 with PaddyPower.

Sheffield United have lost 15 of their last 17 away matches and the beleaguered Blades are the big outsiders here at 11/2 with UniBet, with the draw trading at 5/2 with TonyBet.

Consistency hasn't been something associated with Wolves this season so I'm going to swerve the match result market here and instead head to Bet 365‘s Bet Builder.

If we combine under four match goals, over zero Wolves goals and over zero Sheffield United cards we can get some 5/6 (Bet 365) and that makes plenty of appeal.

However, Sheffield United have failed to shutout their opponents in 29/31 league matches this season and they have conceded in each of their 15 road trips this season so far.

Indeed, you wouldn't necessarily associate Wolves with scoring goals, but Nuno's men have made the net bulge in 12/15 Premier League home matches this term.

With that in mind, I'm happy to combine at least one Wolves goal and under four match strikes at Molineux on Saturday night.

In order to boost up the price, I'll throw in at least one Sheffield United card – the Blades are the most ill-disciplined team in the Premier League this term with their 1.9 cards per game average and they have gone into the book in 21 of their last 22 top-flight tussles.

That train of thought could see value lie with the 5/6 on offer with Bet 365 for Sheffield United to see two or more cards during this match – a bet that would have banked profit in six of the Blades last eight league games.

This English Premier League match between Wolves and Sheffield United will be played on Apr 17, 2021 and kick off at 20:15. Check below for our tipsters best Wolves vs Sheffield United prediction. You may also visit our dedicated betting previews section for the most up to date previews.