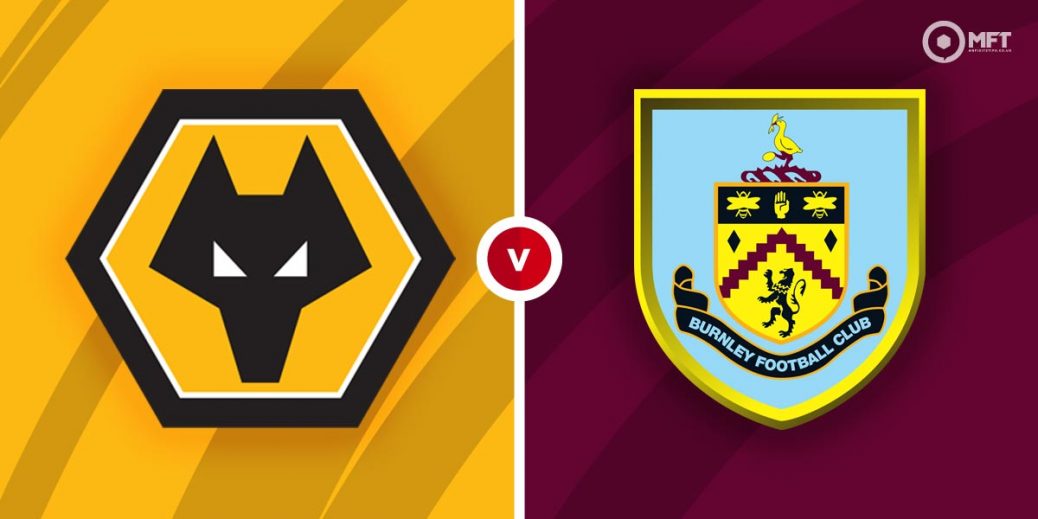 WOLVES will be targeting a third Premier League win on the spin when they meet Burnley at Molineux on Sunday afternoon.

Nuno Espirito Santo's side killed off any threat of being dragged into the relegation dogfight with a 1-0 win over Sheffield United last Saturday, on a night where both of my recommended bets clicked.

What all that means though is that Wolves, with six rounds of fixtures left to play, are pretty much in no man's land, having eased any relegation fears, while a European berth looks out of reach.

Burnley, on the other hand, still have some work to do to secure their Premier League status, with Sean Dyche's side perched directly above the basement zone.

Having said that, the Clarets do have a healthy buffer between themselves and Fulham, not to mention they have played a game less than the west Londoners.

Last time out, Burley slumped to a 3-1 defeat at Man United, a result that means the Lancashire club have lost their last three Premier League matches.

Wolves are even-money (1/1) shots with Betfred to record back-to-back home wins in the Premier League for the first time this season.

Burnley have triumphed in just one of their last six trips to Molineux and Sean Dyche's men are big outsiders on Sunday at 10/3 with BetVictor, with the draw trading at 23/10 with UniBet.

Both of these sides are notoriously cautious so I'm going to swerve the match result market here and instead head to Bet 365‘s Bet Builder.

If we combine under four match goals, each team to receive less than three cards and over two Wolves corners we will be presented with a backable 4/5 shot.

Four of Wolves last five Premier League matches have featured one or fewer goals, not to mention 11 of their last 13 league games have gone under the 3.5 goal line.

Indeed, Burnley have been uncharacteristically leaky in recent weeks but Sean Dyche will be desperate to see his side arrest their slump and return to their typically stubborn old selves.

What's more, each of the last five meetings have produced under four match goals so I'm happy to side with a repeat at Molineux on Sunday lunchtime.

In order to boost up the price, I'll also back each team to see under three cards during this contest – Wolves are averaging 1.44 cards per game this season, while Burnley are clocking up 1.31 cards per 90 minutes term.

Referee Darren England will officiate this clash and it's worth noting that the Doncaster-born whistler has flashed four or fewer cards in seven of the nine top-flight tussles that he has taken charge of this term.

I'll complete the Bet Builder with over two Wolves corners – the Old Gold are averaging six corners per game at their Black Country base this season and they have hit three or more corners in 12 of their last 13 league games.

The above-mentioned combination will present us with an eye-catching even-money (1/1) angle with Bet 365 and it's a bet that would have banked profit in four of Wolves' last five Premier League matches at Molineux.

This English Premier League match between Wolves and Burnley will be played on Apr 25, 2021 and kick off at 12:00. Check below for our tipsters best Wolves vs Burnley prediction. You may also visit our dedicated betting previews section for the most up to date previews.