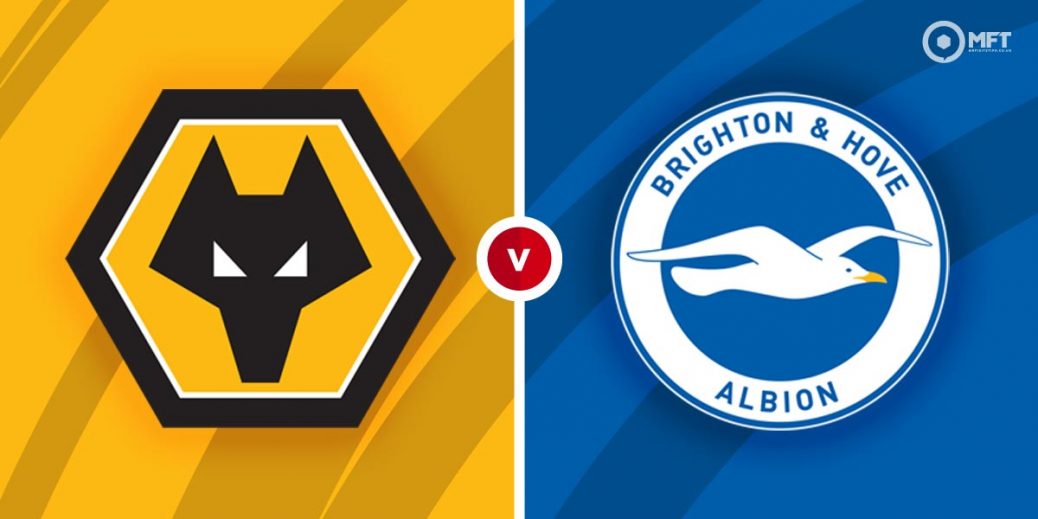 WOLVES' performances over recent week's have been of a team ready for the curtain to come down on the campaign and there is not a lot riding on their Sunday lunchtime meeting with Brighton at Molineux.

The Old Gold currently occupy 12th place in the Premier League table, but it's a measure of the job that Nuno Espirito Santo has done that it feels like something of a slight disappointment.

Last time out, Wolves were held to a 1-1 draw with relegation-threatened West Brom in the Black Country derby at the Hawthorns.

What all that means though is that Wolves, with four rounds of fixtures left to play, are pretty much in no man's land, having eased any relegation fears, while a European berth is out of reach.

Brighton, meanwhile, all but secured their Premier League safety with a 2-0 win over Leeds last Saturday, on an afternoon where my recommended Bet Builder landed.

That triumph propelled the Seagulls up to 14th place in the standings and it has also provided Graham Potter's posse with a healthy buffer between themselves and the bottom-three.

Wolves have won just one of their last four home matches and the hosts are 12/5 outsiders with William Hill this weekend.

Brighton have avoided defeat in each of their last seven matches with Wolves and the Seagulls are 6/5 favourites with Bet 365, with the draw trading at 9/4 with William Hill.

Goals are not something associated with either of these respective sides but it may pay to go against the grain this time around and take a value price.

Both teams to score at Molineux on Sunday priced up at 15/13 with SportNation and that price just looks a little too big to me.

Neither side has much to play for here that could lead to an open and entertaining encounter at Molineux on Sunday afternoon.

What's more, both teams have obliged in nine of Wolves' 17 home matches this season, while BTTS backers would have been rewarded in 50% of Brighton's top-flight tussles this term.

It's also worth remembering that these two teams started 2021 by playing out a six-goal thriller at the Amex Stadium in the reverse fixture.

Indeed, a repeat of that 3-3 scoreline on Sunday is improbable, but given that both teams are all but assured of top-flight football again next season, I'm happy to take a chance on both teams notching here at chunky price.

I'll also dip into the player card market and take the 7/2 on offer with William Hill for Brighton wing-back Dan Burn to be carded.

The towering defender has already been booked five times this season and he could be given the thankless task of trying to shackle Molineux flying-machine Adama Traore on Sunday.

This English Premier League match between Wolves and Brighton will be played on May 9, 2021 and kick off at 12:00. Check below for our tipsters best Wolves vs Brighton prediction. You may also visit our dedicated betting previews section for the most up to date previews.