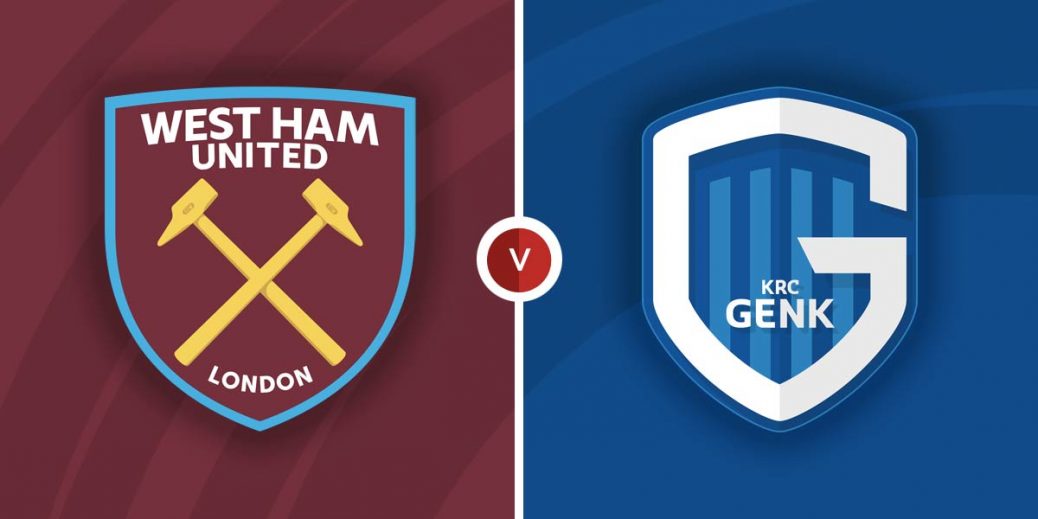 WEST HAM will be looking to make it three wins from three in Europa League Group H when they welcome Genk to the London Stadium on Thursday night.

The Hammers must juggle domestic progress with a European escapade this season but the east Londoners appear to be relishing their packed schedule.

Two games into their first-ever Europa League group-stage campaign and West Ham are in control of the section, opening with a pair of comfortable 2-0 victories over Dinamo Zagreb and Rapid Vienna.

David Moyes' men warmed up for this clash by extending their unbeaten away run in the Premier League to seven matches with a well-deserved 1-0 win at Everton Sunday.

Meanwhile, Genk's preparations ahead of their trip to the English capital were far from ideal, slumping to a 2-0 loss at Charleroi on Sunday.

That means John van den Brom's have lost each of their last three matches across all competitions and they can expect little respite at the London Stadium on Thursday night.

West Ham are heavily fancied to maintain their perfect start in Group H, with a home win trading at 7/18 with SBK.

Genk opened up with 1-0 victory at Rapid Vienna but another road success is deemed unlikely at 39/5 (SBK) while the stalemate is an unfancied 21/5 (SBK) with the same firm.

A comfortable West Ham win seems likely on Thursday night but there is little value in siding with the hosts at the aforementioned quote.

However, combining a Hammers win with under five match goals will bring about a 5/6 (Bet 365) shot that looks a more appealing alternative.

David Moyes may look at this tie as an opportunity to shuffle the pack with a huge London derby against Tottenham looming on Sunday and an EFL cup tie next midweek with Man City to come.

However, the Irons boss has selected his near strongest side for both pool fixtures thus far and  either way the capital club should have too much class for a Genk side who have lost four of their last five games.

Given the fact the Hammers' haven’t scored more than two goals in any of their last nine fixtures, merging a home win with under five match strikes makes plenty of appeal at the London Stadium.

It's also worth noting that aforementioned combination has paid out in each of West Ham's last five wins across all competitions and that only adds to the lure of siding with the same wager on Thursday night.

I'll also dip into UniBet's Match Multis market and have nibble on the 5/2 for West Ham to win, West Ham to take the most corners and Genk to receive the most cards.

The above-mentioned multiple landed in West Ham's last Europa League outing at their London base and supporting the same formula on Thursday night looks like a nice way of trying to squeeze some value out of what should be a hat-trick of Group H wins for the Hammers.

This UEFA Europa League match between West Ham and Genk will be played on Oct 21, 2021 and kick off at 20:00. Check below for our tipsters best West Ham vs Genk prediction. You may also visit our dedicated betting previews section for the most up to date previews.