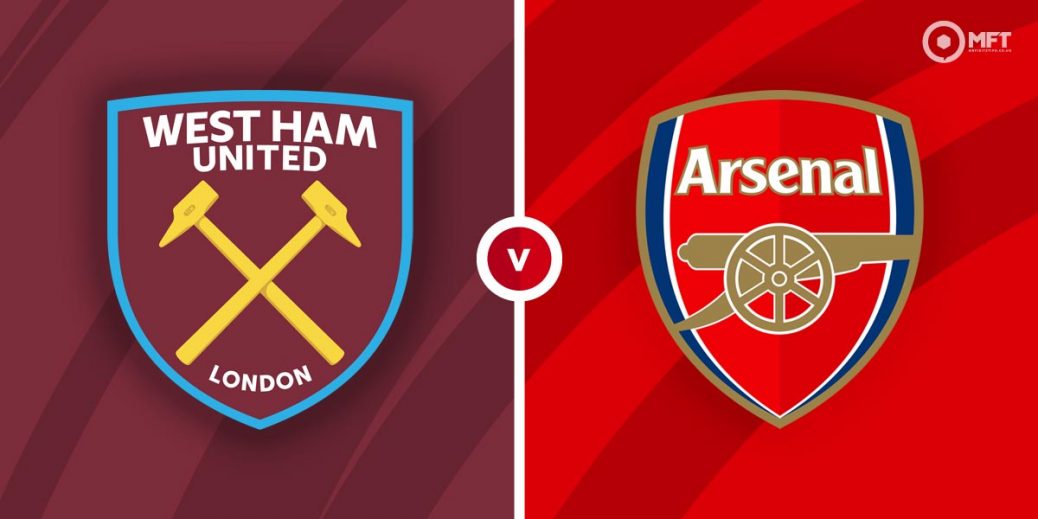 WEST HAM will be looking to get their top-four tilt back on track when London rivals Arsenal come calling on Sunday.

The Hammers have been among the Premier League‘s surprise packages this season, with David Moyes' men firmly in the mix for an unexpected European berth.

However, West Ham will be licking their wounds after a rather lacklustre 1-0 defeat at Old Trafford last weekend, on a night where our man KevinMac tipped up two winners.

Arsenal, meanwhile, have struggled for any degree of consistency this season, but the Gunners will be buoyed by last Sunday's 2-1 triumph over bitter rivals Tottenham.

However, it would still appear that winning the Europa League represents Arsenal's best chance of securing Champions League football next season.

Last time out, Mikel Arteta's side sealed their passage to the last-eight of the Europa League despite losing 1-0 to Olympiakos at the Emirates.

West Ham have won five of their last six home matches and a Hammers success on Sunday is trading at 9/5 with TonyBet, while the draw can be backed at 9/5 with UniBet.

Arsenal have avoided defeat in each of their last four away matches and a Gunners win this weekend is priced up at 29/20 with William Hill.

Mikel Arteta's men have undergone a marked improvement in the Premier League in recent weeks and I fancy them to continue their upward curve when they make the short trip across the capital this weekend.

However, I'm going to swerve the match result market and instead head to the Bet Builder feature to combine under five match goals, over zero Arsenal goals and over three Arsenal corners, a 10/11 play with Bet 365.

All but one of Arsenal's 28 premier League matches this season have featured five or more goals, while each of West Ham's last eight league games have produced under 4.5 strikes.

However, Arsenal's recent showings against the likes of Leicester and Tottenham would suggest that the Gunners are beginning to fire and I suspect they will find a way through a Hammers backline that have conceded in all of their tussles with “the traditional top six” this term.

With that in mind, coupled with Arsenal's superior attacking quality, I'm happy to side with at least one Arsenal strike at the London Stadium on Sunday.

In order to boost up the price, I'll also back the visitors to clock up over three corners here – Arsenal are averaging 5.25 corners per game this season and I fancy them to hit 4+ when faced with a West Ham side that were ultra-cautious at Old Trafford last weekend.

However, Arsenal's backline is anything but watertight – Arteta's men have failed to keep a clean sheet in each of their last 11 matches across all competitions – and that could see value lie with the 4/5 on offer with SportNation for both teams to score on Sunday.

BTTS backers would have been rewarded in seven of Arsenal's last nine matches, while West Ham have made the net bulge in each of their last 13 Premier League matches at their east London base.

This English Premier League match between West Ham and Arsenal will be played on Mar 21, 2021 and kick off at 15:00. Check below for our tipsters best West Ham vs Arsenal prediction. You may also visit our dedicated betting previews section for the most up to date previews.