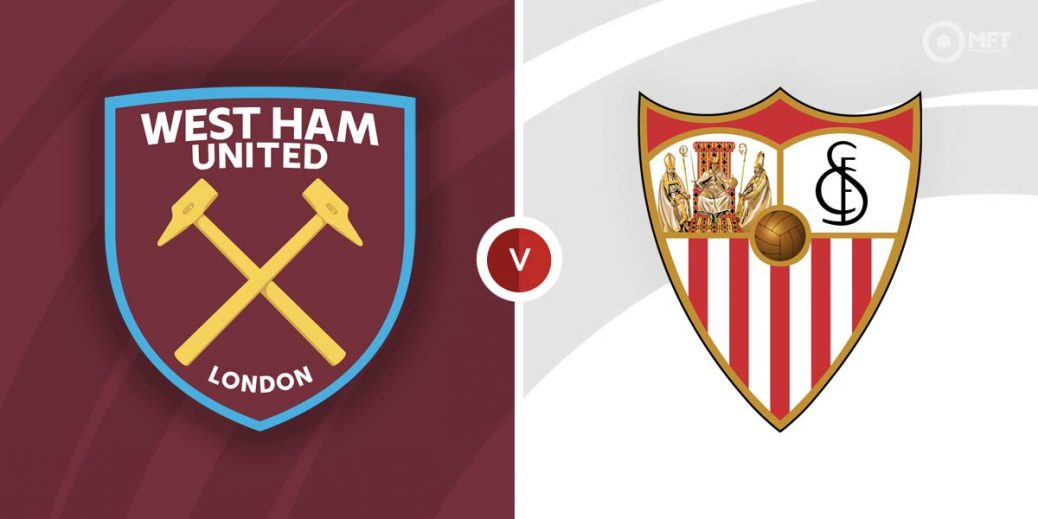 WEST HAM UNITED will be looking to rescue their Europa League campaign when they reconvene with Sevilla at the London Stadium on Thursday night.

Munir's magnificent second-half volley was enough to give the six-time winners the advantage going into this week's encounter in East London.

However, the Hammers will return to their capital headquarters holding real hope of being able to turn this tie around with a view to sealing their passage to the last-eight.

David Moyes' men warmed up for this make-or-break clash with a well-deserved 2-1 victory over Aston Villa on Sunday, in a game which brought up both of my London Stadium selections.

Sunday's stalemate at Rayo Vallecano was their fifth league draw in seven games, although another all-square affair here would be enough to send Sevilla one step closer to May's showpiece which will take place at their Ramón Sánchez base.

West Ham United, who must win in normal time to stand any chance of qualifying, are 24/19 (SBK) shots while an all-square affair has been chalked up at 23/10 (SBK).

Despite winning six of their last seven Europa League games, Sevilla head into this second leg tie as 28/11 (SBK) outsiders.

West Ham will have their backers at odds-against quotes but it may pay to against the grain and back the visitors with a +0.25 start on the Asian Handicap at even-money (Bet 365).

This selection would see us enjoy a half-stakes profit should the match end all-square and a full-stakes pay-out if Sevilla win.

Whilst the Hammers are having another season to remember, injuries are beginning to take their toll on an already thin squad so the Spaniards could take advantage of the fact the hosts are set to be without key men Michail Antonio and Jarrod Bowen.

What's more, Sevilla have a formidable record to draw momentum from when it comes to going the distance in Europe's secondary club competition.

Julen Lopetegui's charges have established a reputation for being a well-drilled and streetwise side who are extremely difficult to play through and break down and they have the technical tools to create opportunities against a West Ham team that are not exactly renowned for being watertight.

Therefore, with all things considered, supporting Sevilla with a +0.25 start on the Asian Handicap line has obvious appeal at even-money (Bet 365).

Given that West Ham may well throw caution to the wind as only a win will do if they are to qualify, I'll also back the home team to hit six or more corners during this second leg affair.

David Moyes' men are averaging 5.41 flag kicks per-game in the Premier League this season so siding with 6+ here at 11/8 (Bet 365) looks worthy of some interest given that the East Londoners must score on Thursday night if they are to salvage their Europa League dream

This UEFA Europa League match between West Ham United and Sevilla will be played on Mar 17, 2022 and kick off at 20:00. Check below for our tipsters best West Ham United vs Sevilla prediction. You may also visit our dedicated betting previews section for the most up to date previews.