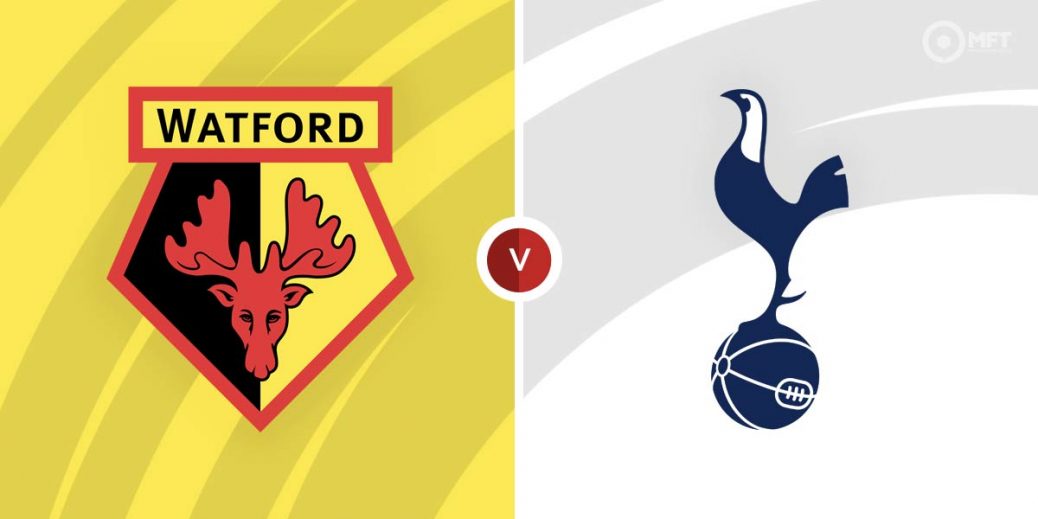 WATFORD and Tottenham will both be looking to bounce back from disappointing results in midweek when they meet in the Premier League at Vicarage Road on New Year's Day.

Following a fortnight in cold storage, the Hornets suffered a 4-1 hammering at home to West Ham on their return to top flight action on Tuesday afternoon.

That latest setback means the Hertfordshire outfit have now lost each of their last five league games, with only one place and two points separating themselves and the relegation zone.

Things won't get much easier for Claudio Ranieri's crew who begin 2022 with a visit from a Tottenham team who have shown huge improvement under the management of Antonio Conte.

The capital club are now unbeaten in seven Premier League outings under the tutelage of the highly-rated Italian and they have also booked a League Cup semi-final berth at the expense of London rivals West Ham.

Despite Spurs being on an upward curve, they could only manage a 1-1 draw at Southampton last time out, in a game where Conte's charges had the numerical advantage from the 39th minute onwards.

Watford have triumphed in just two of their last 20 tussles with Tottenham and the bookies odds suggest that trend will continue, with a home win trading at 9/2 (SBK) while the stalemate is also deemed unlikely at 17/5 (SBK).

Tottenham look a smidgen too short to side with at the aforementioned odds but we can get some 78/100 (William Hill) by backing the visitors to overcome a -0.75 start on the asian handicap and that looks like a worthy boost in price.

Here we would land a half win if Spurs win by a solitary strike whereas a Tottenham triumph by two or more goals would deliver a full pay out.

Things finally appear to be heading in the right direction for the North Londoners, who have suddenly pulled themselves back into European contention as they sit sixth in the Premier League table.

Granted, Spurs have produced the majority of their best work at the Tottenham Hotspur Stadium in recent weeks, but Conte and Co will have earmarked this match as the perfect chance to put three away points on the board.

As already alluded to, Watford are in the midst of a five-game losing streak and results and performances will certainly need to improve drastically in the coming weeks if they are to avoid an immediate return to the Championship.

In fact, the Hornets have slumped to defeat in nine of their last 11 league games and with that in mind, I'm more than happy to back fast-improving Tottenham to overcome a -0.75 start on the asian handicap at 78/100 (William Hill).

The sight of Harry Kane back in scoring groove for Spurs could spell trouble for a Watford backline that have failed to post a Premier League clean sheet in 17 attempts to date.

The England skipper has notched in each of his last three top flight appearances and he looks nicely priced at 19/20 (BetVictor) to repeat the trick against one of the league's leakiest defences.

This English Premier League match between Watford and Tottenham will be played on Jan 1, 2022 and kick off at 15:00. Check below for our tipsters best Watford vs Tottenham prediction. You may also visit our dedicated betting previews section for the most up to date previews.