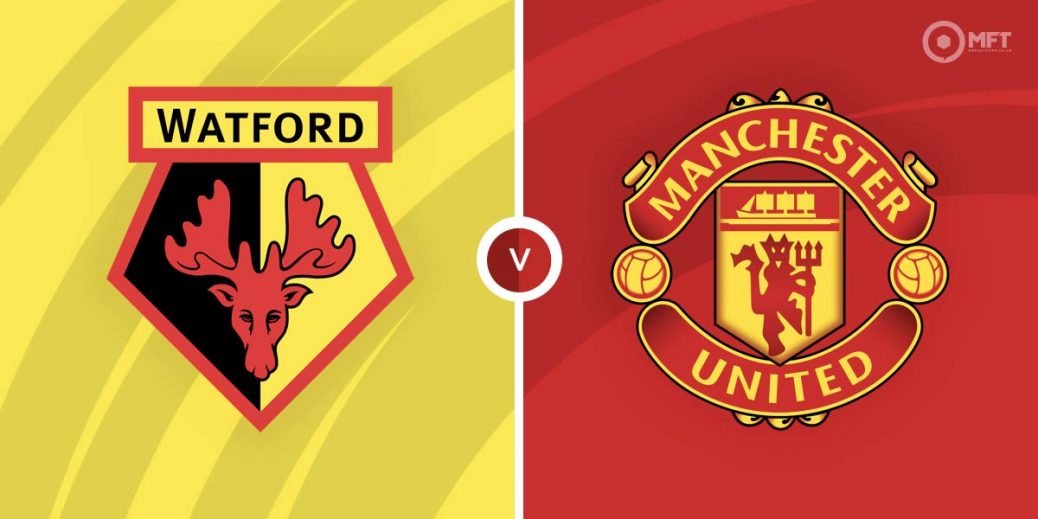 MANCHESTER UNITED will look to make an immediate return to winning ways in the Premier League when they travel to Watford on Saturday afternoon.

The Red Devils were torn apart by Liverpool last month and they were humbled in a similar manner once again by Manchester City before the international break.

That derby day setback has seen the Old Trafford outfit slip down to sixth place in the standings, having lost four of their last six top-flight fixtures.

Ole Gunnar Solskjaer is still clinging to the United wheel and the beleaguered Norwegian can ill-afford not to steer his side to victory at Vicarage Road on Saturday.

Claudio Ranieri's reign as Watford boss started with a 5-0 home defeat to Liverpool before the Hornets twice came from behind to blitz Everton 5-2 at Goodison Park.

However, Watford have since suffered back-to-back 1-0 defeats to Southampton and Arsenal, the most recent of which brought up my recommended Bet Builder.

Watford haven't won a Premier League home game since the opening weekend of the season and the bookies odds suggest the wait will continue, with the hosts 28/5 (SBK) outsiders while a point apiece is also deemed improbable at 37/10 (SBK) with the same firm.

Manchester United slumped to a 2-0 defeat on their last visit to Vicarage Road but the Red Devils are red-hot favourites here at 8/15 with SBK.

Cristiano Ronaldo's form has been one of the few positives during Man United's flagging start to the season and I'll happily snap up the 4/5 (UniBet) on offer for the Portuguese superstar to get on the scoresheet on Saturday.

The Red Devils icon has managed nine goals in 12 games for the club since he completed his sensational return in the summer, with five of those strikes being notched up away from the Theatre of Dreams.

In fact, the five-time Ballon d'Or winners' heroics have almost single-handedly kept United afloat in the Champions League and Ole Gunnar Solskjaer in a job.

Ronaldo has also shown no signs of slowing down domestically and that does not bode well for a Watford backline that is not exactly renowned for being watertight.

Clean sheets remain an issue for Ranieri's ropey rearguard, with the Hornets failing to record a single clean sheet in 11 top-flight outings this term.

With that in mind, coupled with United's over reliance on Ronaldo, backing the legendary forward to make the net bulge at Vicarage Road seems like a sensible approach at 4/5 with UniBet.

Man United themselves have found clean sheets hard to come by this season, with Solskjaer's side posting a paltry two shutouts in 16 outings across all competitions this season so far.

What's more, the visitors have seen Both Teams To Score bank in five of their last seven road trips, so the same wager could be worth considering on Saturday at 4/5 with SBK.

This English Premier League match between Watford and Manchester United will be played on Nov 20, 2021 and kick off at 15:00. Check below for our tipsters best Watford vs Manchester United prediction. You may also visit our dedicated betting previews section for the most up to date previews.