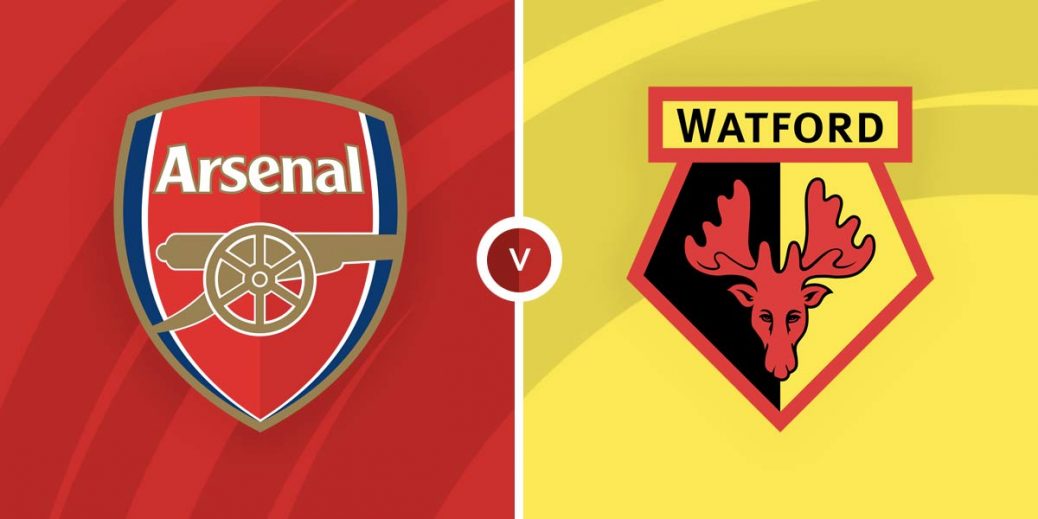 ARSENAL will be looking to continue their mini-revival when they welcome Watford to the Emirates on Sunday afternoon.

Mikel Arteta's men have recovered from three straight defeats at the start of the season and are now unbeaten in their subsequent seven games.

Blowing Leicester away in a one-sided first-half last time out was undoubtedly one of the Gunners best results of the season so far.

Conquering the King Power has also seen Arsenal climb up to sixth in the Premier League table with dreams of European football next season back on the cards.

The Hornets triumphed 5-2 at Everton on their last top-flight road trip but they can expect fewer gifts from a fast-improving Arsenal side who finally appear to be firing on all cylinders.

Arsenal, who have avoided defeat in each of their last five Premier League matches with Watford, head into this clash as 5/12 favourites with SBK.

Watford are rank 8/1 (SBK) outsiders to record back-to-back away for the first time this season while a point apiece pays 4/1 (SBK) with the same firm.

Arsenal are too short to side with at the aforementioned quote but we can get 4/5 (Bet 365) on a Gunners success in a game that features fewer than five match goals and that looks like a worthy boost in price.

Mikel Arteta's team have a far more solid look about them this term, with the capital club unbeaten in nine league and cup matches, posting six clean sheets in the process.

Watford, on the other hand, find themselves perched precariously above the Premier League relegation zone, having won just one of their last five top-flight tussles.

Clean sheets remain an issue for Ranieri's ropey rearguard, with the Hornets failing to record a solitary shutout in 10 attempts since earning promotion back to the big time.

That defensive vulnerability does not bode well given that in-form Arsenal have scored at least two goals in each of their last five outings at the Emirates.

With that in mind, coupled with the fact that the Arsenal to win and under five match goals combo has clicked in each of the Gunners five top-flight triumphs this term, supporting the same formula in north London on Sunday makes appeal.

I'll also dip into the anytime goalscorer market and have a play on Arsenal skipper Pierre-Emerick Aubameyang to get on the scoresheet at 19/20 with SportNation.

The Gabonese goal getter has notched in each of his last four Premier League appearances at the Emirates and he looks nicely priced to repeat the trick against a Watford backine that is not exactly renowned for being watertight.

This English Premier League match between Arsenal and Watford will be played on Nov 7, 2021 and kick off at 14:00. Check below for our tipsters best Arsenal vs Watford prediction. You may also visit our dedicated betting previews section for the most up to date previews.