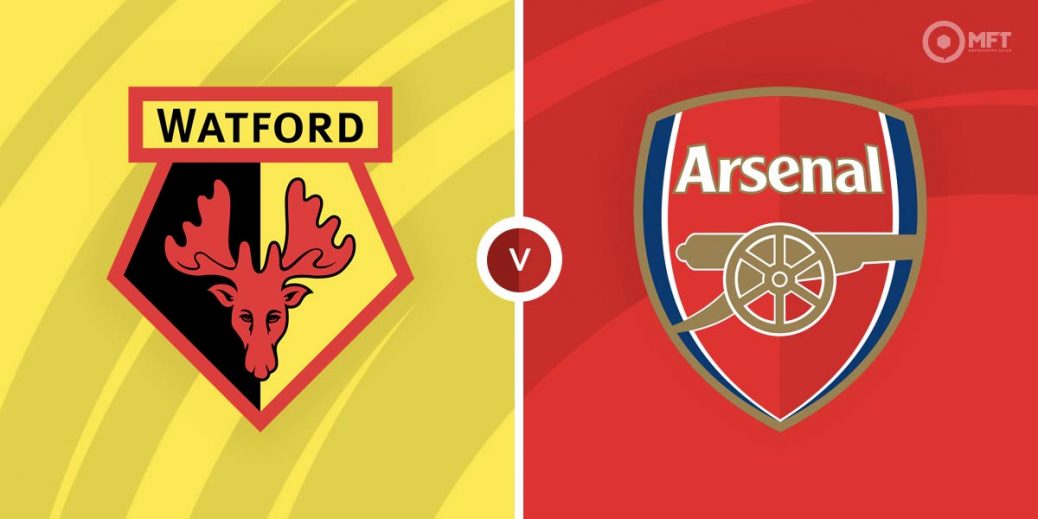 ARSENAL will be bidding to make it four Premier League wins on the spin when they make the short trip to Watford on Sunday afternoon.

Mikel Arteta's men are currently occupying sixth place in the Premier League table, two points behind Manchester United in fourth but with three games in hand.

With no European or domestic cup competitions to contend for the rest of the season, the Gunners will be solely focused on stamping their ticket to Europe's top table next term.

In stark contrast, Watford's season has been spent battling the prospect of an immediate return to the second tier of English football.

The Hornets, who are housed in the relegation zone, have had a mixed start to life under Roy Hodgson, winning one, losing three and drawing two of their six games under the 74-year-olds tutorship, the most recent of which was a spirited 0-0 draw away at Manchester United.

Watford's return of seven points from 13 Premier League home matches represents the worst record in the division and that is reflected in the bookmakers odds, with a home win trading at 28/5 (SBK) while the stalemate is also deemed improbable at 3/1 (SBK).

Arsenal, who have triumphed in each of their last three top-flight road trips, are odds-on 5/8 (SBK) favourites to emerge from Vicarage Road victorious.

Arsenal are a little too short to side with at the above-mentioned quote but we can get a nice looking 5/6 (Bet 365) Bet Builder by combining an away win and under five match goals.

The Gunners have generally gone about their business in solid rather spectacular style under Mikel Arteta's watch this season, as was the case in their recent wins over Brentford and Wolves.

In fact, the Arsenal to win and under 4.5 goals combination has clicked in no fewer than 12 of Arsenal's 14 Premier League victories this season so far.

Watford, on the other hand, have tightened up at the back to keep within touching distance of Premier League safety since the arrival of Roy Hodgson as manager in late January

Whilst Hodgson has made the Hornets a tougher unit to break down, the former England boss has yet to find an answer to their goalscoring problems, with the Hertfordshire outfit hitting the back of the net just twice in their last seven league games.

With that in mind, as well the fact that the Gunners rarely blow their opponents away, merging an Arsenal win in a match that features fewer than five match goals looks like a nice way in at Vicarage Road on Sunday afternoon.

I'll also head to the player card market and take the 5/1 available with Bet 365 for Arsenal Kieran Tierney to have his name taken.

The Gunners left-back could be tasked with taming Watford winger Ismaïla Sarr, who's lightning speed and trickery continues to cause opposition defenders all sorts of problems.

This English Premier League match between Watford and Arsenal will be played on Mar 6, 2022 and kick off at 14:00. Check below for our tipsters best Watford vs Arsenal prediction. You may also visit our dedicated betting previews section for the most up to date previews.