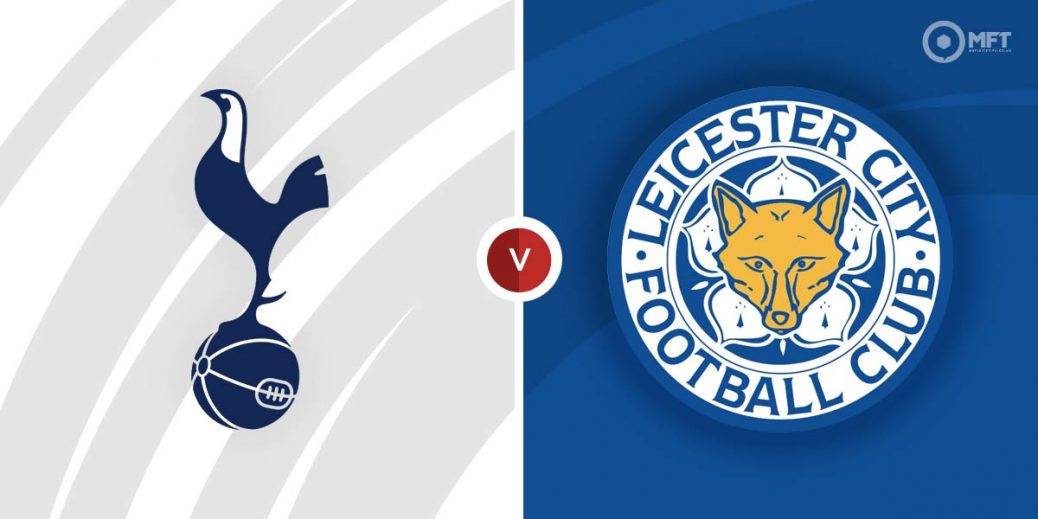 TOTTENHAM HOTSPUR will be looking to get their Premier League top four push back on track when they play host to Leicester City on Sunday afternoon.

Antonino Conte's team appeared to be in the driving seat for Champion League Qualification prior to a 1-0 defeat at home to Brighton and a goalless draw at Brentford last Saturday.

That double dent coupled with results elsewhere means Spurs have been knocked out of fourth place in the Premier League table by arch-rivals Arsenal.

Therefore, the Lilywhites can ill-afford another off day when Leicester City come to town this weekend.

Brendan Rodgers's side head to the capital off the back of a hard-fought 1-1 draw with Roma in the Europa Conference League on Thursday, on a night where my King Power Bet Builder copped.

The Foxes have little left to play for as far as the Premier League is concerned so they could approach this contest with one eye on their midweek trip to the Eternal City.

Tottenham Hotspur staged a stunning comeback to triumph in January's reverse fixture and the same outcome here is odds-on at a best 6/13 with SBK.

Leicester City are without a win in 10 of their last 11 top-flight road trips and that is reflected in the odds with a Foxes victory an unfancied 32/5 (SBK) while the draw is also deemed unlikely at 19/5 (SBK) with the same firm.

Tottenham look too short to side with at the aforementioned price here but backing both teams to score looks like a backable alternative at 4/5 with SBK.

Although Spurs have demonstrated marked improvement under Antonio Conte's watch, it is their defensive stability that continues to raise doubt.

The capital club have conceded at least one goal in 14 of their last 17 matches across all competitions, with both teams obliging in eight games from that sample.

As for Leicester, their defensive frailties this season have been well documented, with Rodgers' rearguard shutting out their opponents on only six of 32 occasions in the Premier League this season so far.

However, the visitors have a wealth of attacking talent at their disposal and they should have the tools to manufacture opportunities against a Tottenham backline that is not exactly renowned for being reliable.

What's more, BTTS has banked in a league-high 21 (66%) of Leicester's 32 Premier League games this season so both backing both teams to oblige at the Tottenham Hotspur Stadium on Sunday is a play that represents value at 4/5 (SBK).

Elsewhere, Tottenham talisman Harry Kane is in the midst of a mini barren run in front of goal having failed to make the net bulge in his last four league games but I fancy him to snap that sequence on Sunday.

The Spurs sharpshooter has been the scourge of Leicester in recent years, netting 18  times in 17 games against the Foxes, and he looks worthy of some interest at 5/6 (SBK) to repeat the trick against one of the league's leakiest defences.