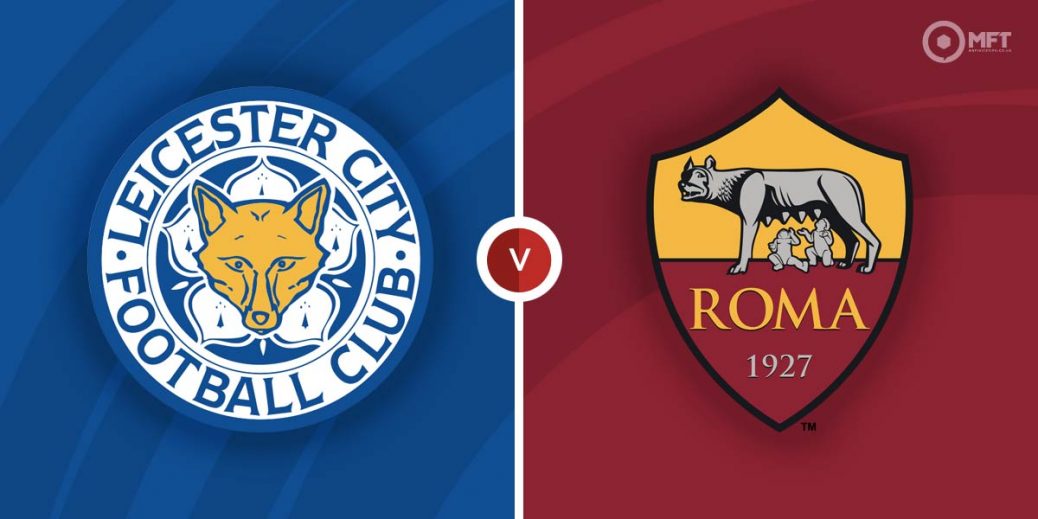 LEICESTER CITY continue their quest for Europa Conference League glory when they welcome Roma to the King Power in the semi-final stage on Thursday night.

Brendan Rodgers' side made light work of Randers in the round of 32 before successfully navigating their way through a pair of tight two-legged ties with both Rennes and PSV respectively.

That means Leicester will now battle it out with Italian giants Roma for a place in next month's showpiece, where they will come up against either Feyenoord or Marseille.

After finishing top of their group, the Romans squeezed past Eredivisie outfit Vitesse in the last 16 before exacting revenge on Bodø/Glimt by dishing out a 4-0 thrashing to the Norwegian champions at the Stadio Olimpico at the quarter-final stage a fortnight ago.

Roma boss Jose Mourinho is a serial trophy winner and he will have earmarked this this competition as an ideal opportunity to deliver silverware in his maiden campaign in the Eternal City.

Leicester, who are undefeated at home in Europe this season, head into this first leg as 21/17 (SBK) favourites.

Despite avoiding defeat in eight of their 10 Europa League Conference outings this season so far, Roma arrive at the King Power 28/13 (SBK) outsiders while the stalemate can be backed at best 12/5 (SBK).

Leicester are unlikely to have things all their own way on Thursday night so I'll head to William Hill's Build Your Odds feature and combine over zero Roma goals and Roma with a + 1 start on the handicap at 4/5 with William Hill.

Although the Foxes filed a clean sheet against Aston Villa on Saturday, one thing that has consistently plagued their season is their defensive vulnerability.

Brendan Rodgers' hosts have failed to shut out their opponents in a hefty 26 of their 32 Premier League games this season, not to mention their backline has been breached in 10 of their 12 continental clashes thus far.

That is an ominous sign when you consider Roma have already racked up 26 goals in this year's competition, scoring multiple goals in seven of their 10 outings to date.

It's also worth pointing out that Jose Mourinho's men have made the net bulge at least once in 29 of their 34 Serie A matches this term, scoring two or more goals in 50% of those assignments.

With that in mind, coupled with Mourinho's knack of keeping games very tight and tetchy, supporting the above-mentioned 4/5 (William Hill) formula seems like a sensible solution to consider at the King Power on Thursday night.

Elsewhere, I'll also head to the anytime goalscorer market and take the 5/2 available with UniBet for Roma striker Tammy Abraham to get on the scoresheet.

The former Chelsea forward, who has enjoyed a memorable first season in the Italian capital, is currently the top scorer in the Europa Conference League with seven goals, and he is a tempting play to add to that tally against a Leicester team that is not exactly renowned for being watertight.

This UEFA Europa League Conference match between Leicester City and Roma will be played on Apr 28, 2022 and kick off at 20:00. Check below for our tipsters best Leicester City vs Roma prediction. You may also visit our dedicated betting previews section for the most up to date previews.