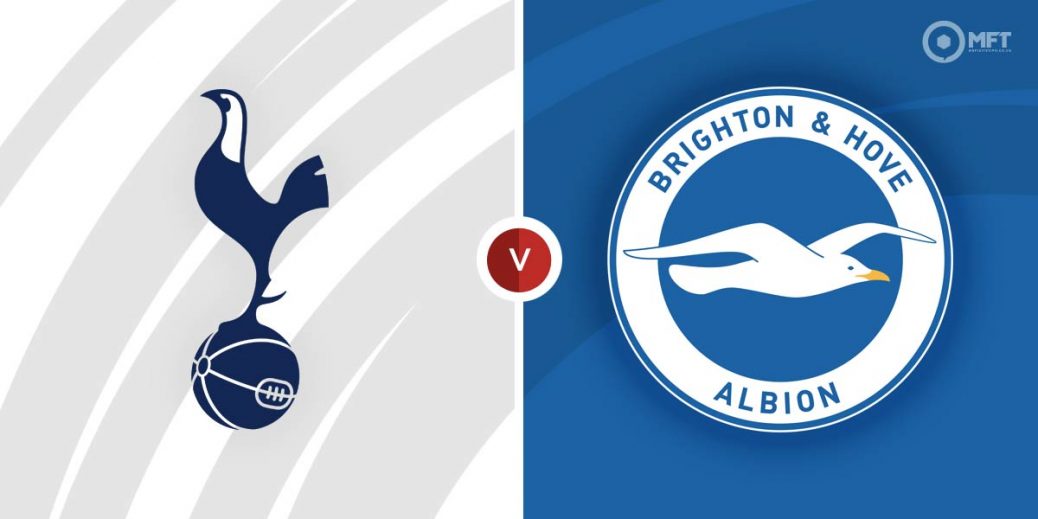 TOTTENHAM HOTSPUR will set out to tighten their grip on fourth place in the Premier League when they lock horns with Brighton & Hove Albion on Saturday lunchtime.

Antonio Conte's side put in one of their best performances of the season with a 4-0 victory at Aston Villa last weekend, on an evening where my total team goals tip trapped.

That means Tottenham have triumphed in each of their last four top-flight tussles, moving three points clear of Arsenal in the race to seal the final Champions League qualification spot in the process.

As such, Spurs head into Saturday's game with their tails up with a view to extending their lead on a much coveted top-four spot with just seven games to play.

Brighton, on the other hand, have little left to play for, although they will be buoyed by a well-deserved 2-1 win at Arsenal last weekend.

That Emirates success snapped the Seagulls' seven-game winless in the Premier League but they could struggle to live with a Tottenham team who have hit top gear at the right time.

Tottenham made light work of Brighton at the Amex Stadium last month and the same outcome here is heavily fancied at 5/9 with SBK.

After defeating Arsenal in their own backyard last Saturday, Brighton head back to North London this weekend as 29/5 (SBK) underdogs while the draw is an unfancied 17/5 (SBK).

Tottenham look a bit too skinny to side with at the above-mentioned price but combining a home win with over one Tottenham goal will bring about a nice looking 4/5 shot with Bet 365.

Antonio Conte's side have been a ferocious attacking force in recent weeks, with the capital club slamming in 25 goals across their last seven league games, averaging 3.5 goals per-game.

What's more, free-scoring Spurs have struck at least twice in eight of their last nine top-flight outings, including each of their last seven Premier League matches.

Whilst Brighton upset the odds and came out on top across town last weekend , it's hard to get away with from the fact that Graham Potter's side have won just four of their last 29 matches across all competitions

It's also worth pointing out that the Seagulls have failed to shut out their opponents in 23 of their 31 top-flight outings this term to date, and that doesn't bode well ahead of trip to in-form Tottenham

With this in mind, coupled with the fact that the same bet has copped in each of Spurs' last eight Premier League victories, supporting the same formula on Saturday holds obvious appeal at 4/5 (Bet 365).

I fancied Harry Kane to make the net bulge against Aston Villa and I make no apology for including the Spurs sharpshooter to strike this weekend at 21/20 (SportNation).

The England skipper is in the midst of a three-game run without a goal but he has already struck twice in each of his two previous encounters with Brighton this term and I'm therefore more than happy to snap up an odds-against quote on him repeating the trick here.