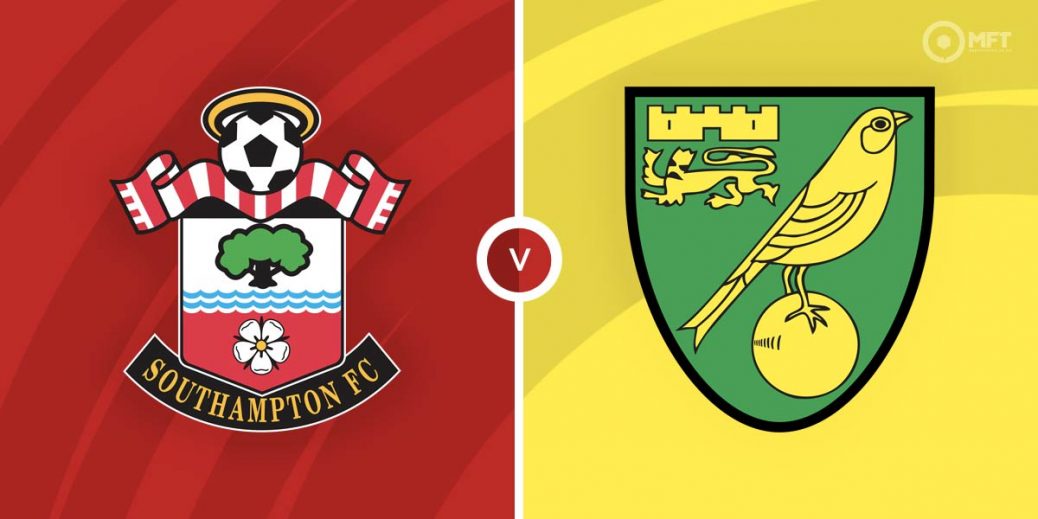 SOUTHAMPTON will be looking to stretch their unbeaten run in the Premier League to five matches when they face relegation-threatened Norwich City on Friday night.

The Saints have been in fine form in recent weeks, holding both Manchester giants to a draw either side of a thrilling 3-2 win at Tottenham.

Last time out, Ralph Hasenhüttl's side earned a well deserved 2-0 win over Everton, a result which left the south coast club occupying a place in the top half of the table.

Southampton will now be targeting back-to-back home wins in the league for the first time this season when they get the weekend's action underway against Norwich at St Mary's.

For much of the season many have already consigned English football's resident yo-yo club to dropping back down to the second tier next term, but Norwich have certainly shown signs of life since Dean Smith was appointed.

The Canaries hauled themselves out of the drop zone before suffering a pair of comprehensive defeats to Manchester and Liverpool, the most recent of which brought up one of my recommended Bet Builders.

Southampton, who have avoided defeat in each of their last nine Premier League home matches, head into this Friday night fixture as odds-on 7/12 (SBK) favourites.

Norwich have triumphed in just two of their last 24 top-flight road trips and the bookmakers' odds suggest that those away day blues could be set to continue, with an away win trading at 26/5 (SBK) while the stalemate pays 17/5 (SBK) with the same firm.

Southampton are too short to side with at the aforementioned quote but combining over one Saints goal with under two Norwich goals will bring about an enticing even-money (Bet 365) Bet Builder.

As already alluded, Ralph Hasenhüttl's side are currently in the midst of a nine-match unbeaten run at St Mary's, and they will fancy their chances of taking all three points against lowly Norwich.

The Saints have scored at least once in 20 of their 25 league games this term, not to mention they have notched up two or more strikes in five of their last eight top-flight fixtures.

That sample of fixtures where Southampton scored twice or more were all against opposition that are currently positioned above a Norwich side that have earned the unenviable tag as the leakiest defence in the division.

Dean Smith's side have failed to keep their sheets clean in 21 of their 25 league games this season, with the Carrow Road club conceding two or more goals in 14/25 (5 6%) outings this season so far.

With that in mind, coupled with the fact that shot-shy Norwich have bagged a brace in just four of their 25  Premier League games this season to date, the above-mentioned Bet Builder makes appeal at even-money (1/1) with Bet 365.

One player who could be worth considering to get on the scoresheet is Southampton's Armando Broja, who can be backed at 17/12 (SBK) to make the net bulge.

The Chelsea loanee has been enjoying a standout season on the south coast, netting six goals in 21 league appearances, and he looks nicely priced to breach the Canaries' creaky backline.

This English Premier League match between Southampton and Norwich City will be played on Feb 25, 2022 and kick off at 20:00. Check below for our tipsters best Southampton vs Norwich City prediction. You may also visit our dedicated betting previews section for the most up to date previews.