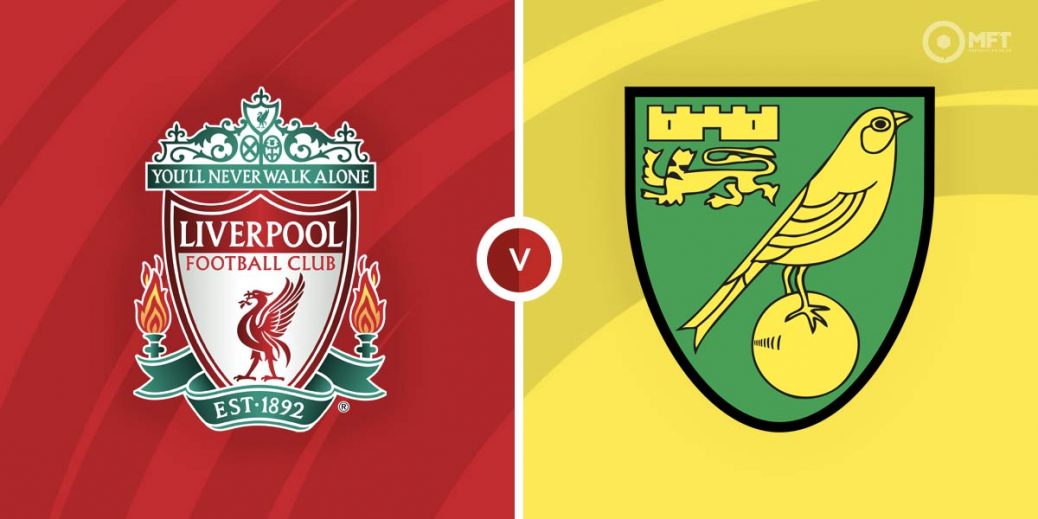 LIVERPPOOL will be looking to make it five Premier League wins on the spin when they welcome Norwich City to Anfield on Saturday afternoon.

Jurgen Klopp's side go into this game on a run of seven successive wins across all competitions, the most recent which was a 2-0 win at Inter in the Champions League in midweek.

The Reds will now turn their attention back to league matters, where they are fighting desperately to cling on to the coat-tails of Manchester City, whom they trail by nine points having played a game less.

Last time out in the league, Liverpool recorded a hard-fought 1-0 win over Burnley and seeing off another struggling side in the shape of Norwich should be a matter of routine for the Merseysiders this weekend.

Many have already consigned the Canaries to the Championship next season, but they are certainly offering more than before Dean Smith was appointed.

That said, the Carrow Road club were swept aside 4-0 by Man City last time out and their hopes of returning to winning ways here are slim as they face another daunting task on Saturday against in-form Liverpool.

Liverpool, who have defeated Norwich twice already this season, are short-priced 1/8 (SBK) favourites to bank all three points this weekend.

Norwich have triumphed in just two of their 11 top flight road trips this term and the bookies' odds unsurprisingly suggest those away day blues could be set to continue, with a Canaries victory trading at 29/1 (SBK) while the stalemate pays 19/2 (SBK) with the same firm.

As expected, the odds about a straight Liverpool win are very short, so the best way to squeeze some value out of this could be by delving into the Bet Builder market and combining over one Liverpool goal and under one Norwich goal at 10/11 (Bet 365).

Jurgen Klopp's star-studded side boast the only remaining unbeaten home record in the Premier League this season and they should have too much class for their relegation-threatened visitors.

Whilst the Reds have racked up two more strikes in nine of their 11 home games this season, they have also been relatively reliable at the back, shipping just 19 goals in 24 league outings thus far.

In stark contrast, Norwich have failed to keep their sheets clean in 20 of their 24 league games this season, with the creaky Canaries conceding two or more goals in 13/24 (54%) fixtures from that sample.

What's more, Dean Smith's strugglers have fallen to defeat in each of their eight games against top-six opposition without getting on the scoresheet.

With that in mind, coupled with the fact that the aforementioned Bet Builder has banked in six of Liverpool's eight home league wins this season, I'll happily support the same 10/11 (Bet 365) formula at Anfield on Saturday afternoon.

Liverpool tend to dominate possession for long stages at their Merseyside base, so the above-mentioned same game multiple looks like a nice way of trying to squeeze some value out of what should be a routine stroll to victory for the Reds.

This English Premier League match between Liverpool and Norwich City will be played on Feb 19, 2022 and kick off at 15:00. Check below for our tipsters best Liverpool vs Norwich City prediction. You may also visit our dedicated betting previews section for the most up to date previews.