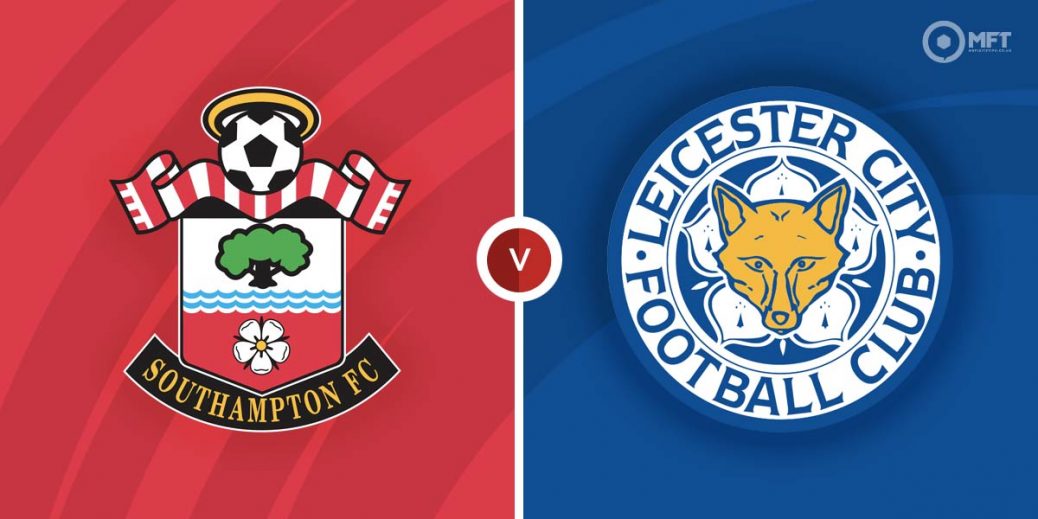 SOUTHAMPTON will be looking to snap a two-game losing streak when they lock horns with Leicester in the Premier League at St Mary's on Wednesday night.

Following a slow start to the season, the Saints appeared to have turned a corner when they embarked on a four-match unbeaten run ahead of the last international break.

However, that sequence came to an abrupt end in a 2-1 defeat at Norwich before Liverpool made light work of Ralph Hasenhüttl's side last time out, on an afternoon where my recommended Bet Builder banked.

Indeed, the south coast side boast a five point buffer over the bottom three, but they will be eager to extend that gap when Leicester come calling.

After finishing fifth and lifting the FA Cup last season, the Foxes have struggled to rediscover the zip that has served them so well in recent campaigns.

That said, Leicester recorded a morale-boosting 4-2 win over Watford on Sunday and boss Brendan Rodgers will hope that triumph acts as a foundation for further improvement when his side head south this midweek.

Southampton, who are unbeaten in each of their last three Premier League home matches, are 6/4 favourites with SBK.

Leicester have avoided defeat on each of their last four visits to St Mary's but the Foxes head into this contest as slight outsiders at 2/1 (SBK) while a point apiece has been priced up at 13/5 (SBK) with the same firm.

It's difficult to have much faith in either team here so I'm going to steer clear of the outright betting and instead combine over one match goal, over six match corners and both teams to receive a card at 4/5 with Bet 365.

Goals have been a recurring theme in matches involving Brendan Rodgers' boys this season, with 11 of their opening 13 league games featuring two or more strikes.

What's more, each of the Foxes' six top-flight road trips this term have produced two or more goals and I see no reason to oppose a repeat at St Mary's this midweek.

These two teams tend to play forward-thinking football, so I'm happy to side with over one match goal here, but in order to boost the odds, I'll also throw over six match corners into the equation.

Southampton have been prominent corner performers thus far, averaging a healthy 6.31 per-game, while Leicester are not too far behind their opponents with their 5.23 per 90 average.

To round off the Bet Builder I'm going with each team to receive a card in what should be a closely-fought contest, not to mention referee Robert Jones has awarded both teams a booking in each of his four Premier League outings this season so far.

With all things considered, the 4/5 (SBK) about over 2.5 goals also looks like an attractive betting proposition in what should be an entertaining encounter under the south coast lights.

Nine of Leicester's 13 Premier League games this season have crossed the over 2.5 goal barrier, so the same wager could be worth considering on Wednesday night at 4/5 with SBK.

This English Premier League match between Southampton and Leicester will be played on Dec 1, 2021 and kick off at 19:30. Check below for our tipsters best Southampton vs Leicester prediction. You may also visit our dedicated betting previews section for the most up to date previews.