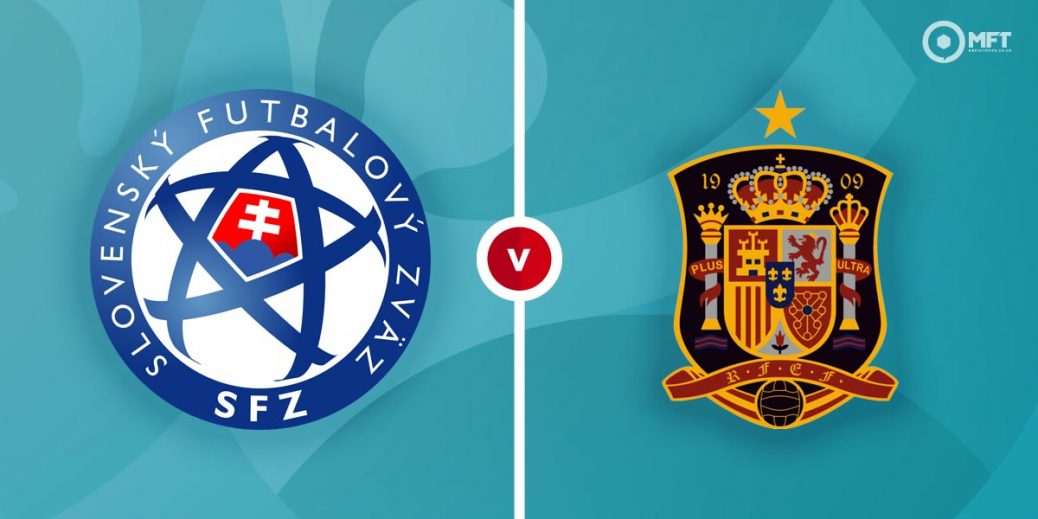 SPAIN have been making hard work of Euro 2020 Group E so they can ill-afford another slip-up when they square off with Slovakia on Wednesday evening.

La Roja may not have been among the top tier favourites to conquer the continent, but Luis Enrique's side were widely expected to comfortably navigate their way through this section.

Instead, three-time European Champions Spain remain winless at this summer's showpiece and are running the risk of an embarrassing early Euro 2020 exit.

Having said that, the Spanish are in control of their own knockout stage destiny, as a win here would seal their passage to the next round.

Slovakia, meanwhile, are somewhat surprisingly one point ahead of Spain going into the final round of group games.

Stefan Tarkovic's team entered the tournament as massive outsiders but they are in with a shout of qualifying for the last-16 as Group E reaches its climax.

Slovakia have avoided defeat in six of their last seven matches but they are unsurprisingly big underdogs here at 16/1 with Bet 365 while the draw is an unfancied 11/2 with the same firm.

Spain are entering must-win territory on Wednesday night and the host nation are red-hot favourites at a lowly 2/11 with Bet 365.

I successfully backed Sweden to see off Slovakia and I fancy the Falcons to suffer a similar fate at the Estadio de la Cartuja on Wednesday evening.

However, there is little value in siding with a Spanish win at the aforementioned odds so I'll head to Bet 365‘s Bet Builder to get a bigger price.

If we combine Spain to win, under five match goals and over zero Slovakia cards we will be presented with a backable 4/5 (Bet 365) punt.

Nine of Spain's last 13 matches have featured fewer than three match goals, while under 2.5 goal backers would have banked profit from three of Slovakia's last four fixtures

What's more, I suspect Slovakia will sit back and try to frustrate Spain in a bid to get the point they need, however, Spain's superior firepower should see them land three vital points.

With that in mind, I'm happy to back a Spain win alongside under five match goals, but in order to nudge up the price, I'll throw at least one Slovakia booking into the recommended Bet Builder.

Stefan Tarkovic's troops have clocked up four cautions across their opening two Group E encounters thus far and with the prospect of a draw being enough here, Slovakia may revert to the darks in Seville.

That train of thought could also see value lie with the 4/5 on offer with Bet 365 for Slovakia to see over one card during this make-or-break showdown.

Spain are expected to dominate the ball for long stages in the soaring heat of Seville, just as they have done in each of their previous two outings.

Poland picked up four cards against Luis Enrique's possession-based side and that coupled with state of play in this section makes over one Slovakia card an attractive betting proposition.

This Euro 2020 match between Slovakia and Spain will be played on Jun 23, 2021 and kick off at 17:00. Check below for our tipsters best Slovakia vs Spain prediction. You may also visit our dedicated betting previews section for the most up to date previews.